At home in New Hampshire 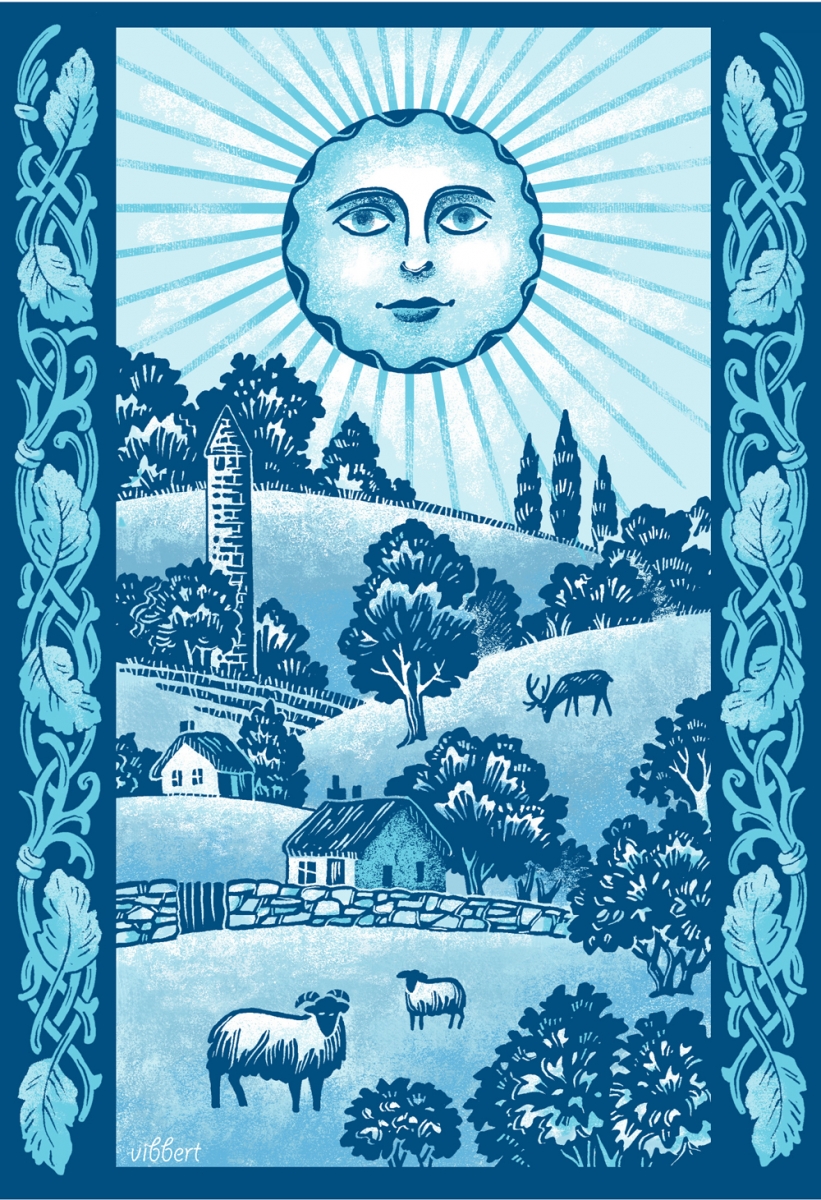 This time of year, we move stoically through our days as darkness eats the light, confident that December 21st will come—it always has before—and it’ll be light’s turn.

Some years ago, after the darkness that followed 9/11 but not long after, my family and I toured Ireland, where this time of year the nights are even longer than they are here. Our guides were famed Irish folk musician Eugene Byrne and the Bard himself, Tommy Makem, internationally renowned singer and songwriter, of Dover. Immi-grants the two of them, they called New Hampshire home and raised their families here. On the tour, we stayed in castles and haunted hotels. We learned history and folklore. We may have enjoyed sips of poteen at a farm with a panoramic view for spotting revenuers. We sang every night. We stopped on the bridge where Tommy got the idea for “Four Green Fields,” his most famous ballad. Some tunes, Tommy said, rise up from the earth into your body.

We lingered at Newgrange in the Boyne Valley, an archeological site older than Stonehenge and the Egyptian pyramids. It’s an acre-sized dome, grassy on top with a stone foundation carved with triple spirals, triangles, leaves and flowers—more cathedral than tomb.

We slipped behind the monolith that guards the entrance, and passed beneath a capstone so weighty, if it had fallen, a person would surely have been smushed. But that stone had held fast for five thousand years so we weren’t too worried. We walked along a narrow passage—careful don’t hit your head, the floor rises as you move deeper into the mound. At the end of the passage, the stones open into a cruciform chamber, not large, but large enough for us to gather.

Here Tommy Makem—the Bard of Irish Folk Music—told of his initial visit to Newgrange some years earlier. When he first set foot in the chamber, he recognized it. He knew he had seen this place before. Déjà vu? No—stronger than that. He knew he had been inside this stone chamber before. But something was missing. A feather.

His guide at that time assured him there were no feathers carved in these stones. But he was just as sure he had seen one. In this place. A place he had never visited in this lifetime.

Then the guide stepped to one side and he saw it—the feather. The guide’s body had blocked it from view. “It’s not a feather,” she said, “it’s a fern.”

Tommy visited Newgrange many times. He was among the special few to wait within the chamber for sunrise on one December 21st. It’s a chancy thing, the sight of a rising sun on any given morning in Ireland—that green and misty place. But if, like Tommy Makem, you have the privilege of being inside Newgrange at dawn on the solstice, when the clouds part and the sun shines, you witness a transformation.

A small opening in the stone ceiling allows a narrow beam of sunlight to penetrate the absolute darkness of the chamber. The beam reaches ceiling to floor. As the sun rises the beam widens—slowly, slowly—until, at the end of seventeen minutes, the entire room and everyone in it is illuminated. Winter solstice—the return of light to the Earth, and the promise of more to come.