Dumbwaiters, root cellars, phone niches: Vintage details such as these add charm and tradition to a house 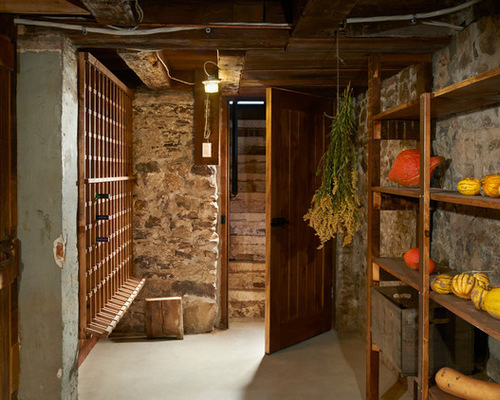 More than any one politician, responsibility for historic preservation rests with the private citizens who personally invest in the loving restoration of old homes. These folks recognize the value of relics like coal chutes and dumbwaiters, and go to great lengths to protect them. Here are 11 quirky features of old homes that have a sense of nostalgia and charm.

Caretaking and Compact Living on a Historic New Hampshire Estate

1. Dumbwaiter. A dumbwaiter is basically an antecedent to the modern elevator. Originally conceived to carry unwieldy loads like firewood or groceries from one floor to the next, the dumbwaiter was an invaluable mechanism before refrigeration was available. Milk, butter, vegetables and other perishable items could be lowered to the basement and stored where it was cool. A cleat is used to tie off rope on manual versions to keep the dumbwaiter from falling. 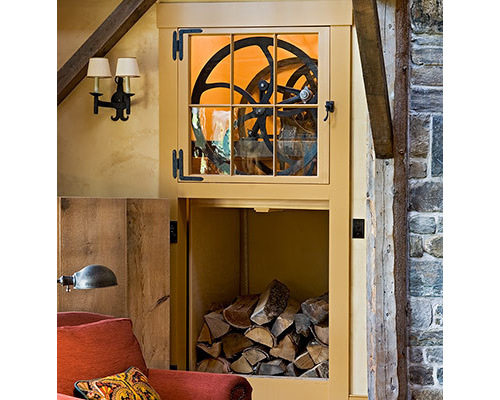 2. Coal chute. There’s no eye candy here, except to a trained historian or preservation enthusiast: It’s a coal chute left over from the Victorian age, when coal was used to heat the home. Wheelbarrows full of coal were dumped down the angled chute and conveyed to the furnace, either manually (often by hired help) or by a conveyor device. Coal chutes are quite common in older homes in areas with colder climates, like Pennsylvania, where coal and anthracite are mined, and elsewhere along the Northeastern Seaboard.

After uncovering the chute during demolition, WJD Contracting turned it into a funky wine cellar with a ladder built along the angled wall for access. When not in use, the hole is covered with a sheet of onyx that can be lifted off by a suction bar.

3. Phone niche. It’s fairly obvious what a phone niche was used for. Back in the day when landlines were the telecommunications standard, phones were so big and clunky, they required a table or a special recess to support them. Home phones really started to pick up steam in the 1930s, and by the 1950s, the majority of American households had a landline. Typically, you’ll find these niches in homes from the ’20s and ’30s, which is when mail-order companies and builder’s catalogs sold complete wall niche units.

4. Butler’s pantry. Here’s one facility that has stood the test of time. Butler’s pantries were a common feature of estates during the Victorian and Edwardian ages, and housed the family’s fine china and silver. The butler spent much of his time here, prepping platters of food and guarding the precious stemware and cutlery. They’re still around today, but they bear little resemblance to their stark utilitarian predecessors. Today, the storage cabinets themselves may be equally or more glamorous than the implements stored there.

5. Laundry chute. A lot of people wonder why the popularity of laundry chutes in homes hasn’t kept pace with the ever-increasing size of today’s laundry rooms. You’ll still see them incorporated into homes new and old, but there’s a reason they ceased to become a staple amenity in American homes. In 1961, a deadly fire at Hartford Hospital led to more stringent fire codes for chutes of all types, after an investigation revealed that smoldering cigarette ashes in a laundry chute caused the roaring fire that quickly scaled the building through the vent. The fire department still allows laundry chutes to be constructed, but the chutes need to adhere to strict design guidelines.

Position a New Hamper at the End of a Laundry Chute

6. Root cellar. Though wine cellars are popular today, if you were to take an architectural tour of New England, you’d find root cellars in great numbers. Root cellars have long been popular for canning fruits and vegetables and otherwise preserving perishables for use through the bleak season. Now that local and homegrown foods are taking root once again, I wouldn’t be surprised to see some of those wine racks cleared out to make way for yams.

7. Boot scraper. The boot scraper, or decrottoir in French — literally, “dung remover” — did exactly what you’d expect during the time of horse-drawn carriages. Walking around Europe’s cities became fashionable in the 1800s, and muddy footpaths were stamped out by pedestrians yearning for fresh air. Cast iron boot scrapers were added to paths to help business owners keep their floors clean; the citizenry followed suit and began installing them by their front doors too.

8. NuTone intercom system. It’s a bit gray-hair-inducing to call anything from the 1970s “historic,” but let’s say NuTone intercom systems are decidedlyretro. The 1980s home I grew up in had one, and I credit my strange fondness for the easy-listening genre to years of waking up to Lite 100.5 FM piped into my bedroom. NuTone is still in business today, believe it or not, doing the same thing it has always done.

9. Pocket shutters. These were an elegant adaptation to two architectural realities. Prior to the 20th century, indoor shutters were common and brick homes had exceptionally thick exterior walls. This extra depth, often a foot or more, allowed shutters to be slid into special pockets, called embrasures, built into the wide jambs. Thus, the shutters were hidden when not in use instead of swinging out into the room. We don’t see these much anymore because exterior walls aren’t made as thick, but in some types of ecological structures, like straw-bale or rammed-earth constructions, these would work well.

10. Mail slot. This doesn’t seem like the type of relic to go defunct, and it hasn’t necessarily. In dense residential neighborhoods (townhome and row-house communities, for example) where a mail carrier won’t waste too much time walking all the way to the door, you’ll still find these charming slots and their close relative, the letter box. As a natural progression of increasing efficiency measures, the U.S. Postal Service started requiring mailboxes to be placed at the ends of driveways when suburbs, and properties, began to sprawl. The mail slot itself was an earlier efficiency measure instated after a study showed that mail carriers wasted over an hour each day waiting for homeowners to answer the door and accept their mail.

Designate an Area on Your Desk for Mail 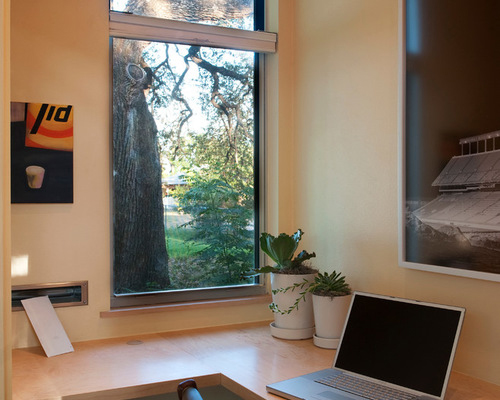 11. Rumford fireplace. Rumford fireplaces have survived and thrived into the 21st century. Their design was conceived in the 1790s when a physicist discovered a way to reflect more heat into the room and keep more smoke out. The physics behind his design’s characteristic shallow, V-shaped wall still hold true today, and those with an original Rumford fireplace have a real treasure on their hands.