A Garden of One’s Own

Not only has Bill Noble preserved significant public and private gardens around the country—he has created an extraordinary garden at home.

Creating a garden is a labor of love that requires vision, knowledge, patience and hard work. Mix these ingredients with just the right amounts of sun and rain, and add in hardy plants, good soil and lots of TLC, and voila—you will be richly rewarded over time with a beautiful landscape.

That’s the long story short of how Bill Noble created the garden surrounding the mid-nineteenth-century farmhouse just over the Connecticut River in Norwich, Vermont, that he’s called home since 1991. Noble was able to build on the bones of the garden that once flourished out front and work his magic on a blank canvas of twenty-two acres out back. “I tried to make a garden that felt right for its place,” Noble says. “I also wanted to create a romantic setting and fill it with interesting plants.”

Noble has chronicled this journey in a new book called Spirit of Place: The Making of a New England Garden, which is scheduled to be published June 23 by Timber Press. He’ll be doing book signings and talks this summer, and better yet, save Saturday, July 18 because his garden is scheduled to be open to the public on the Garden Conservancy’s Open Day Tour. Don’t miss this wonderful opportunity as Noble’s garden is included in the Smithsonian Institution’s Archive of American Gardens and has been featured in other publications, including Martha Steward Living, House & Garden and the New York Times.

New Hampshire Home [NHH]: How did you find your way to gardening?

Bill Noble [BN]: I became interested in gardening in my late twenties when I realized I wanted to work outside. I grew up in Connecticut, and as a boy, loved playing in the woods and hiking. After graduate school, I lived in Lebanon, New Hampshire, and then moved to nearby Cornish, where I found myself farming. I had a vegetable garden and helped start a farmers’ market. In 1987, I found seasonal work restoring the hedges at Saint-Gaudens National Historical Park in Cornish and a lightbulb went on: This is how I could combine my interests in history and garden preservation. My work at Saint-Gaudens turned into a full-time job.

NHH: Did you study horticulture in college?

BN: No, I didn’t. After graduating Beloit College in Wisconsin, I studied medieval history and got a master of arts from the University of Toronto in 1977.

NHH: How did you learn about gardening?

BN: One thing about the National Park Service is that they are good about training. I also took courses in Boston and got a certificate in garden arts from the Arnold Arboretum. I stayed at Saint-Gaudens until 1993, when I became director of landscapes at The Fells in Newbury. In 1998, I became director of preservation for the Garden Conservancy in Cold Spring, New York. Since 2013, I’ve been a consultant in garden design and preservation as well as in public garden management.

I did a lot of traveling when I worked for the Garden Conservancy. What I loved is that I was exposed to lots of plants and gardeners who suggested I try different things. I brought home plants that people gave me or recommended, and created beds to take advantage of different soils and moisture conditions for those plants, which is something that Stephan Parrish did with his garden at his Cornish property called Northcote [New Hampshire Home, May/June 2017]. I was very influenced by his work there and my work bringing that garden back to life.

NHH: In what way?

BN: I was working at Northcote when I was designing flowerbeds at home. Like Parrish, I combined trees, shrubs, perennials and bulbs in those gardens.

NHH: How about other influences?

BN: I was also inspired by the rock garden at The Fells along with gardens I saw in the Pacific Northwest. That is a great place to visit gardens, as you see more use of colorful shrubs, variegated textures and a freer combination of various plants than you’d see here in New England. Gardeners in the Northwest have created their own style, influenced by the gardens in the Mediterranean and in California.

NHH: Please tell us how you began creating your own garden.

BN: I spent a few years just cleaning up. My next step was drawing and refining a master plan, to define the boundaries of the garden. I began making the garden presentable by getting rid of blackberries and Rugosa roses that were out of control. Out front, I decided to work with what was already there—old-fashioned shrubs, a nice row of peonies and flower beds against stone walls. I also wanted to make a flower garden of my own that had hydrangeas, roses, iris, delphinium, daylilies, phlox, asters—all the old-fashioned standbys—underplanted with daffodils for spring.

BN:  The garden began to take shape in 1996, with the planting of Lombardy poplars, and hedges and evergreens for screening. We live on the deck and the porch in the summer and love the view. The land falls away quickly into a hayfield, and now we have a fairly long and narrow progression of gardens.

Next, I opened up the vegetable garden, both to grow veggies and use as a nursery for plants. I also cleaned up around two foundations—where the former stable used to be is now the Stable Garden and the Rock Garden is where the milking parlor used to be.

Last, I planted trees for shade. A grove of paper birch, inspired by Saint-Gaudens, now grows in the barnyard.

NHH: What were your goals for your garden?

BN: I wanted my garden to feel like it had always been there. I also wanted this to be a garden to stroll through, where you could sit and reflect, enjoy the plants, take in the views and investigate what is beyond. When people visit, I love that they find their way through and circle back around for another look.

NHH: How big is your garden?

BN: Bigger than I intended—two-and-a-half to three acres.

NHH: What do you do as far as maintenance?

BN: In late summer and fall, I take notes and photos of each area. In October, I write up my notes, and in February, I rethink things. Any areas I want to renovate will be with plants I have on hand, as there are very few places for new plants.

In April, I prune plants and move any that need moving as soon as I can dig in the ground. My goal is to do all the moving by the end of April, before plants put out a lot of growth and while there’s still a lot of moisture in the ground. My colleague Susan Howard, from East Thetford, Vermont, works with me one day a week—I could not have made this garden without her help. It usually takes me until the end of May to recover from the end of winter.

NHH: And how about irrigation?

BN: I drag a hose around the garden and am trying to irrigate less, although I regularly water the vegetable garden and newly planted plants. I’ve built up the soil with compost and shredded leaves, and it retains moisture well. Also, we are on a north slope. I used to run a sprinkler on some flower beds, but the well ran dry three years ago. I’m trying to better match plants with soil, light and moisture needs as there are large stretches of the gardens that don’t get watered.

NHH: What’s the best way to learn about gardening?

BN: Visit gardens and talk with other gardeners as much as possible. Public gardens are a great resource, and there are more of them and they’re better than when I began. They have lots to offer keen observers. Garden in the Woods in Framingham, Massachusetts, and the Coastal Maine Botanical Gardens in Boothbay, Maine, are treasures. There’s nothing like seeing a plant in place, seeing how a garden is put together and talking with people. You learn a lot from them.

NHH: What does gardening mean to you?

BN: Gardening has helped define my life—I get a great deal of satisfaction being outside. There’s also the aesthetic reward, the satisfaction that is the fruit of all the work. Finally, there’s the intellectual challenge of figuring out how plants want to grow and how gardening can rise to the level of artistry. 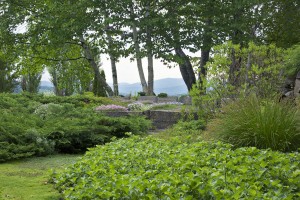 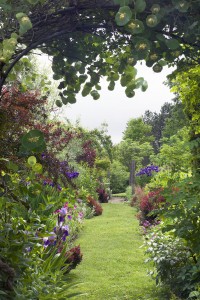 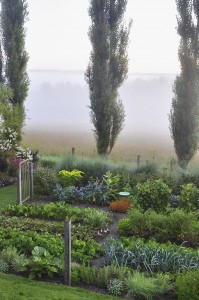 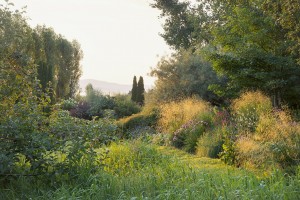 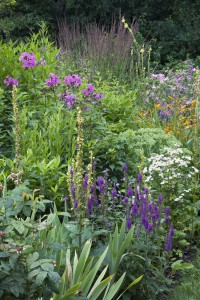 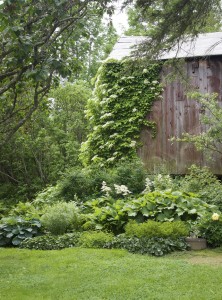 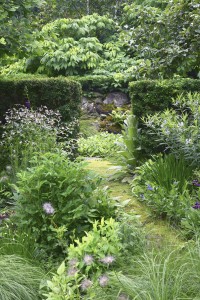 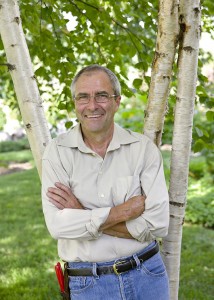