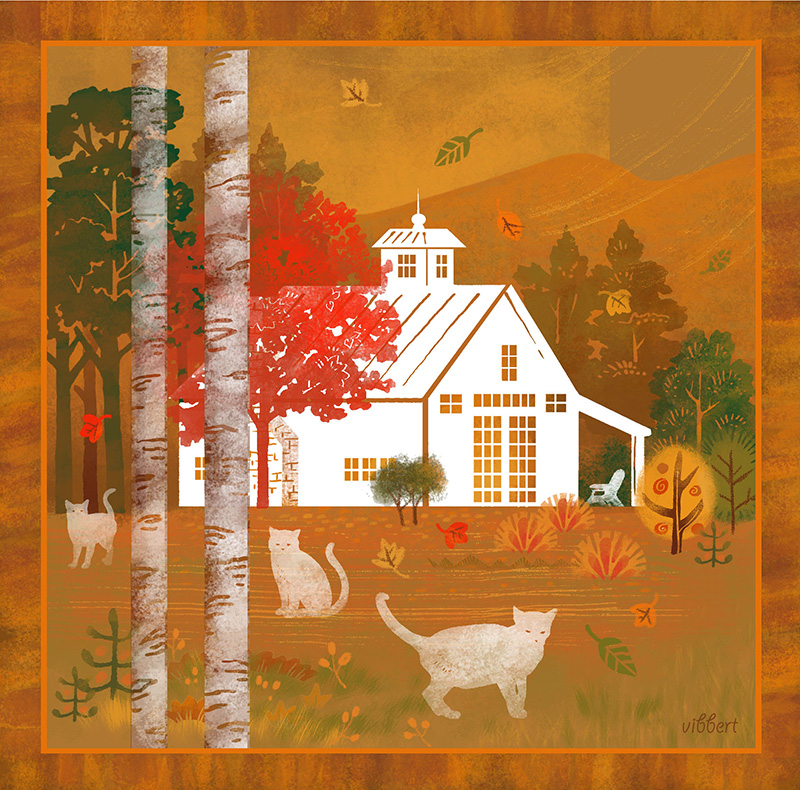 This spring—or maybe next, depending on how things go—I will put my house up for sale. It’s too big for me alone, too much to handle. A real estate buddy has informed me the market is good. Housing inventories are low, the population is expanding, and people want to live in New Hampshire. I reside in Warren, a town that got lost when the Route 93 interstate went in to bring skiers from Boston up to the mountains. While Lincoln and Waterville Valley flourished, without the interstate trade but with the railroad ripped out in favor of automobiles, Warren drifted back into time, quiet beside the Baker River. It’s been my home for a quarter century.

What I bought when I moved here—no, what we bought, because I was married then—was a Dutch Bay barn that had been partially converted for summer use. We insulated the building, put in ship-lap pine throughout, installed three woodstoves, found a screen for the enormous fieldstone fireplace, updated the electrical service, planted fruit trees and bought bright daylilies from an expensive catalog. We propagated those daylilies by digging them up, soaking them overnight in a wheelbarrow full of water and then planting the individual bulbs. They took root, as daylilies will, and
so did we.

We raised a son. We raised seven dogs, had three cats, planted a spirit tree—a red maple—on my son’s twelfth birthday. We hosted two weddings in the back yard under large white tents, and once threw a Halloween party that featured a live band and a barn square dance with people spinning about in full costumes. To make winters bearable, we burned five cord of wood each year and three tons of coal. Each fall, we marked Magic Wood on one log, a secret treasure for my son, and told him he could have a trip to Fun Spot—games, a thousand games on us—if he found the log while filling the wood box on winter afternoons. By magic, he found it every year.

I am here to say thank you to this house, these beams, this roof. I am here, also, to say I had it wrong when I listed the things we had given to the house. If we humans are lucky, if we find a house that reflects the life we desire, we do not renovate it even if it is old. Like birches grown around a strand of sheep fence, houses wrap around us and keep growing. They enclose us year by year, consuming time in the accretion of branch and bark. It makes no sense to separate what is wood from what is metal. The tree, and the house, follow the sap that spring brings up from the roots.

My last act of renovation—if it can be called that—will be to find a good steward for this house going forward. I will hand it off, grateful for the shelter it has provided, for the days it has kept me company, for the trees I have speared into its soil. Our dogs will remain in these acres, buried behind the back shed, and our cats, gone forever into the woods, will swing by some ghostly October night to strop against the back door. In the lighted bedroom above, frost will trace a memory for some new child on the windows of the house that holds my son’s boyhood, and the fiddle music that once played in these reliable rafters will be mistaken for a weather front moving up the valley.