A House on a Hill

Exposure to the elements-and to lots of visitors- required a renovation to a mid-twentieth-century home that would last. 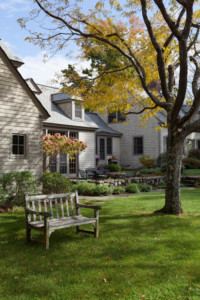 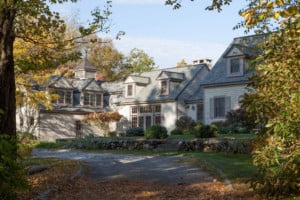 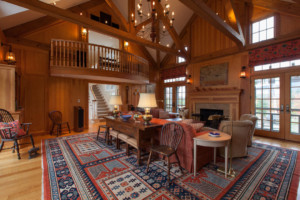 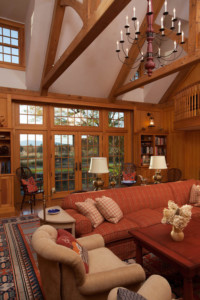 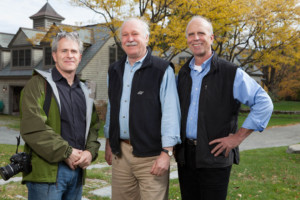 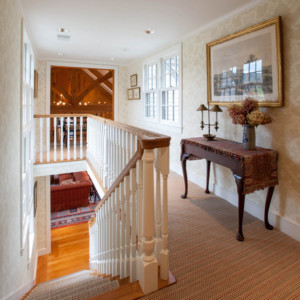 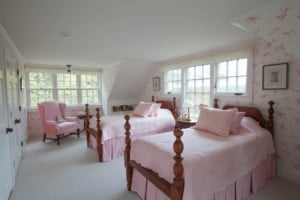 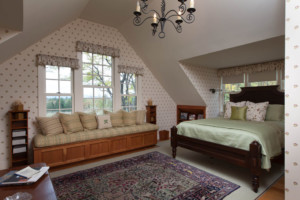 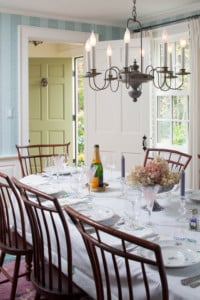 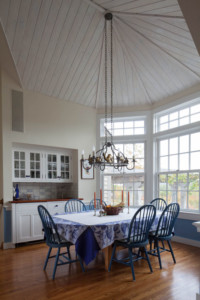 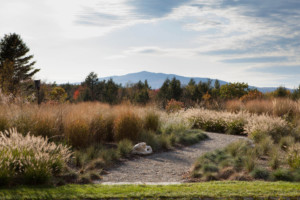 More than twenty years ago, a young couple from Boston bought a second home in Peterborough so they and their children could experience life in the country. As the years went by, they enjoyed many rural pursuits, including hiking, skiing and wildlife watching. Bobcats, porcupines and opossums are frequent visitors to this private spot, where, at night, the occupants cannot see another light. But by 2008, with their children grown, the homeowners decided it was time for a major renovation. The house-a 1935 Cape and a 1960s addition attached by a family room-was due for an update.

The house sits on a ridge in a clearing surrounded by sixty-four acres of woods. It has terrific views of Mount Monadnock from the front and of the smaller Pack Monadnock range from the back. In terms of a redesign and renovation, the homeowners sought to open up the interior in order to take better advantage of the views and to let in more natural light. They also hoped to create a smoother flow through the structure.

Another reason for an update was to make the 7,200-square-foot house more energy efficient. Its basic components-the roof, windows and doors-were showing their age, and the entire house needed new insulation. What's more, the ridge-top location exposed the building to the elements, making an energy overhaul even more vital. "The wind never stops blowing up there," says Gary Grashow, the Keene-based contractor who handled the renovation. In years past, wind could sometimes be heard whistling through the house, and when conditions were right, snow made its way inside.

Peterborough architect Richard Monahon was hired for the redesign because he had already handled other projects for the homeowners, beginning with a storage shed for canoes. Through the years, he had designed a first-floor screened porch and a sleeping porch off the master bedroom, as well as additional projects. Two of the largest were a pool house (see A Gem of a Pool House, New Hampshire Home, March/April 2011) and a barn. The barn is based on a historic barn frame salvaged from Rumney and includes a basement wine cellar.

As a primary goal for the house redesign, "The homeowners wanted to address the relationship between the Cape and the family room, which had been converted from a garage," Monahon says. The family room was also the connector between the original house (the Cape) and the addition that had been put on in the 1960s. Upstairs, the bedrooms and bathrooms were in need of updating, and the occupants also wanted to enlarge a small mudroom.

The family room was removed and completely rebuilt. "There were two stories of connectors, which were really not useful," Grashow says. "In order to get from one side of the house to another, you had to go upstairs." His crew built a one-story family room with a larger footprint than the original. The new room incorporates timber framing, a cathedral ceiling and a curved balcony overlooking the room from upstairs. The new windows are larger than the previous ones, to let in more light and scenery.

The fireplace on the old side wall was removed and a new one built along the back wall, where it serves as a focal point of the room. It is a "two-way" fireplace that also can be accessed from the patio outside. The flat-panel television is built discreetly into a side wall to avoid dominating the space.

Grashow-who is a cabinetry and woodworking specialist as well as a general contractor-constructed the room's pine paneling, including bookshelves and an area into which curtains recess at the touch of a button.

Grashow describes the project as "a total renovation." His crew removed the roof, the windows and all the insulation, replacing them with higher-efficiency counterparts. "All the materials had to be the best," he says. In addition to the energy considerations, it was necessary to use durable materials because the homeowners receive many guests in terms of extended family and friends (some with dogs), and wanted the space to hold up well without a lot of fuss and extra maintenance. The older part of the house, the Cape, was left intact inside; the outside of the entire house was covered in new, stained-cedar shingles.

One area that didn't receive a construction makeover was the breakfast room, which had been designed and built two decades earlier by one of the homeowner's brothers, an architect from Brunswick, Maine. The breakfast room is decorated in blue and off-white, and has a vaulted, painted ceiling. A chandelier on a very long chain descends from the center. The top of the breakfast table is made from old barn wood, and the entire piece was built by a local craftsman.

The Federal-inspired, New England country-style interiors were designed by the Boston-based firm of Theodore & Company in a palette of blue, brick, cream and taupe. The furniture is a combination of comfortably upholstered pieces as well as antique wooden chairs and tables with simple, classic lines. Paintings include several renditions of Mount Monadnock.

ZEN Associates Inc. of Woburn, Massachusetts, redesigned the landscape, starting with the pool area and pool house about five years ago, and proceeding to a master plan for the entire property. That plan incorporated open meadows, trail systems and perennial plantings on what ZEN landscape architect Peter White calls "a very, very
large scale."

"Areas of lawn were converted to beds that rely heavily on mixed ornamental grasses and summer flowering perennials," White says. Among the more than forty varieties of plantings are Joe-Pye weed, echinacea and rudbekia. ZEN also designed and built the masonry features, including fieldstone walls and terraces.

The finished grounds were recently featured as part of the national Garden Conservancy's program to showcase exceptional landscapes to the public. Among current and future projects are orchard plantings, an enlarged vegetable garden and grape arbors.

Designing for the future

Coordinating operations on a project involving a second home can be difficult. As is often the case, the owners were not on-site to supervise on a constant basis. However, there was a great deal of efficient collaboration among the owners, interior designers, architect and contractor, with Grashow taking on the role of coordinator. "He was the glue that held this all together," Monahon says.

Grashow adds that the project went well because once he got his marching orders (the plan from the architect and owners), he was free to move ahead. "They just let us do what we're capable of doing," he says.

The biggest challenge was to make a house that would be sustainable in terms of standing up to the elements and numerous visitors.
"We had to make it long-term low-maintenance," Monahon says. As a result, this house on a ridge will allow its occupants and future generations to keep enjoying the country life for years to come.