A Kitchen on Campus 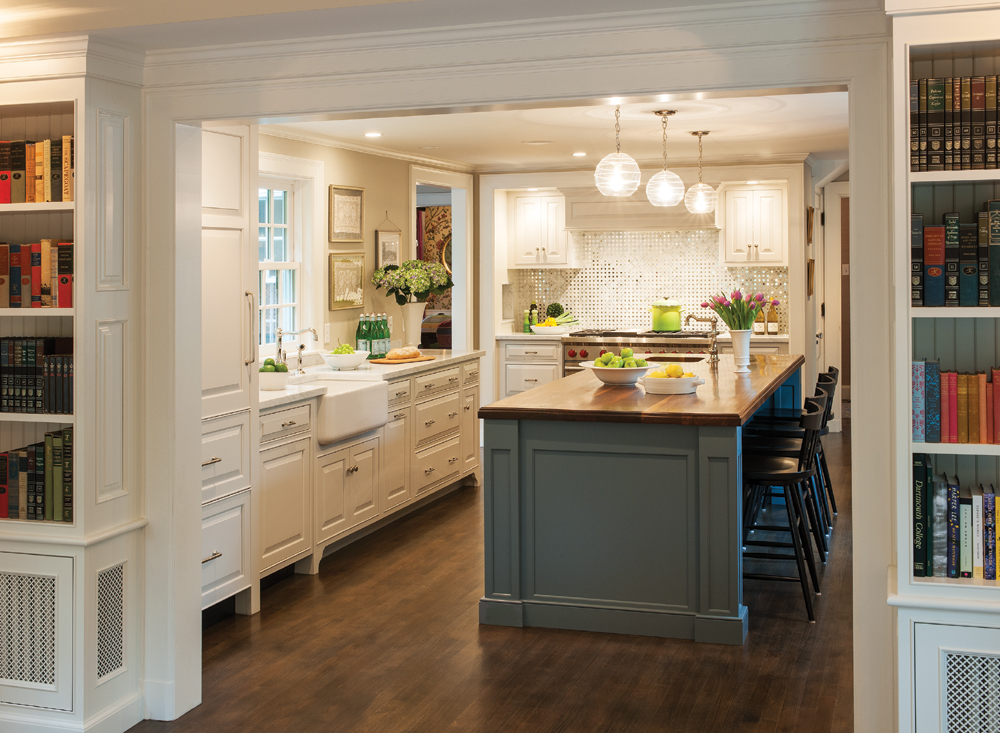 Set off by its tiled accent wall and bright pendant lighting, Kim and Bill Chisholm’s Hanover kitchen is a cheery gathering spot for friends and family. The home was renovated by Riverlight Builders in Norwich, Vermont, and Crown Point Cabinetry in Claremont built all the cabinets.

Three generations of Kim and Bill Chisholm’s family attended Dartmouth College, including Kim’s father and two of the couple’s three children. A deep love for the Ivy League institution led the couple, who reside year-round in California, to purchase a 1920s brick Colonial on edge of the Dartmouth campus for visits back to New England.

Riverlight Builders, a design/build firm in Norwich, Vermont, was hired to renovate the home; the firm’s designer and co-owner, Deborah Brien, worked with Sydney Wachhorst, of W Design Interiors in Menlo Park, California, to update the interior.

The bright kitchen occupies a space that once encompassed the home’s former kitchen, an old bathroom and hallway. A portion of the brick home’s original back wall had to be removed so a large structural steel beam could be installed to shore up the new construction. “The kitchen island had to be placed just right,” Brien says, “because we had to hide the beam by installing a dropped ceiling, which limited location options for the island lighting.”

The room’s beautiful, custom- designed cabinetry is by Crown Point Cabinetry in Claremont. “Since this was an old home, the cabinets really changed the kitchen’s functionality,” says Albon Powell of Crown Point. The cabinetry creates a seamless look and provides storage while hiding appliances, such as the refrigerator, dishwasher and beverage refrigerator (the refrigerators are located on the end of the kitchen closest to the family room to accommodate quick visits for drinks without disturbing the cook).

The “jewelry” in the kitchen, Brien says, is the sparkling mirrored glass and marble mosaic backsplash behind the stove. Hand-assembled in Italy, “It was the room’s big splurge,” she says.

Visually breaking up the space, the large, multi-functional island—painted a slate gray—provides storage and informal seating. A microwave is tucked behind pocket doors in the island and easily accessible to the bar sink. The thick, walnut countertop is joined and planed with shaped edges, a suggestion by Wachhorst to break up the expanse of the kitchen and make it feel warmer.

In keeping with the home’s New England charm, the Chisholms wanted to reuse its old radiators. “The cabinets have a grill front and look great,” Powell says.

Overall, it’s a renovation that respects the home’s history while creating a space the family can enjoy for generations to come.

Right: The sparkling glass and marble tile backsplash, above the Wolf range, is the kitchen’s “jewelry,” according to designer Deborah Brien of Riverlight Builders. 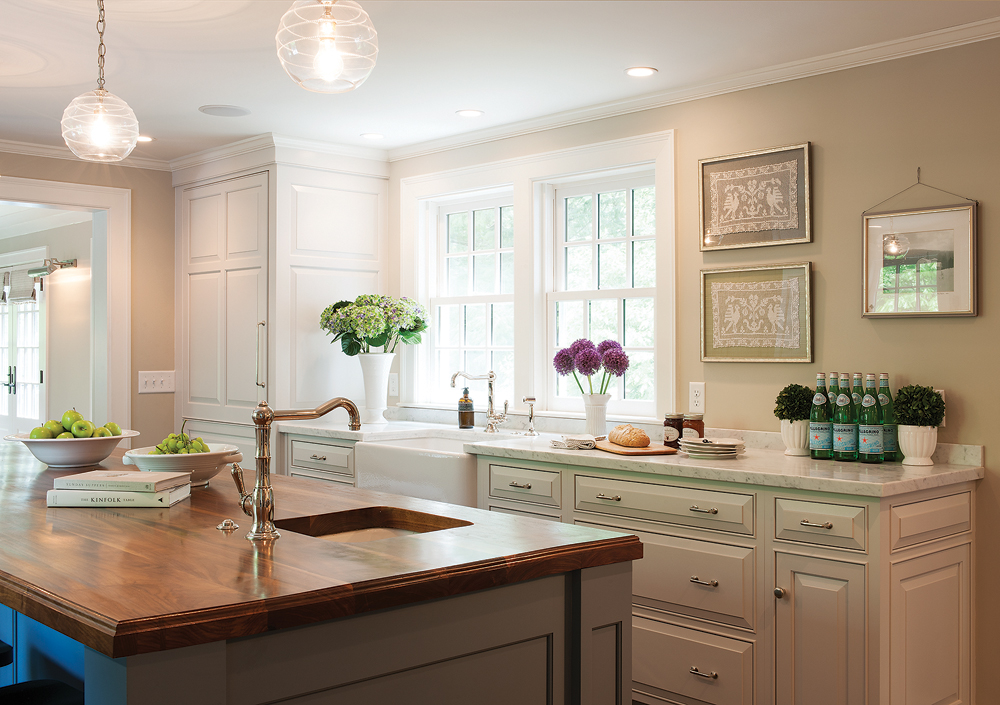 The seamless cabinetry, designed by Crown Point Cabinetry, and the walnut-topped island provide storage and hide appliances, such as the refrigerator and dishwasher.