What it is: This popular cottage style traces its origins to colonial New England and is characterized by its low, broad profile, generally a story and a half tall, with a steeply pitched roof with end gables.

The earliest forms had little exterior ornamentation and were adaptions of the English hall and parlor house to suit the stormy weather of the New England coast. The style saw a resurgence during the colonial revival period during the first half of the 20th century, with the addition of a few Georgian-inspired embellishments.

Where to find it: The oldest examples are primarily along the New England coast (especially Cape Cod, for which the style is named). Revival examples are all over the Eastern seaboard, however, and can even be found in the Midwest and on the West Coast.

Why you'll love it: This is the quintessential American cottage style. The floor plans are typically cozy and efficient, and the simple, symmetrical exteriors are ripe for curb appeal embellishments such as shutters, window boxes and pedestrian paths. Nothing says "home sweet home" quite like Cape Cod cottages. 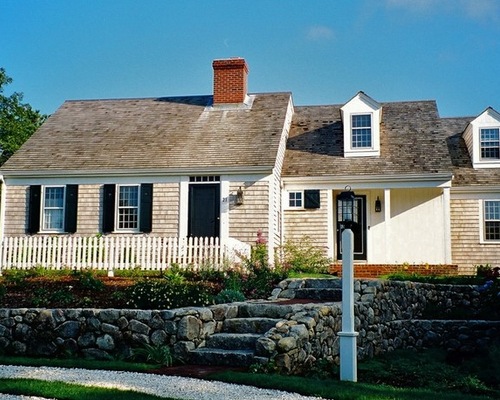 What Makes It Cape Cod

Element: Cedar shake shingles for the roof and siding. These unpainted shingles turn from a warm tan to a gray color over time. Clapboard siding is also common on Cape Cod cottages.

How to make it your own: Cedar shake shingles require less maintenance than painted siding, making them an ideal choice in harsh climates, such as that of the New England coast. 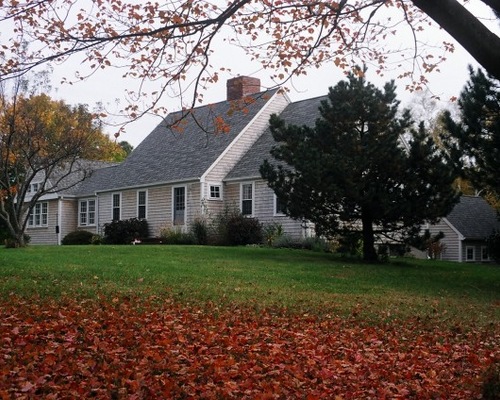 Element: A steeply pitched roof with side gables. This is one of the most consistent characteristics of this style.

How to make it your own: Originally designed to prevent the buildup of snow and ice, these steeply pitched roofs are very practical in cold climates, regardless of the style of home.

Element: Double dormers. They punctuate the steep rooflines of many Cape Cod homes. The most common type of dormer used is a gabled one, which features a simple pitched roof with two sloping sides.

How to make it your own: In addition to boosting curb appeal, dormers create additional floor space in the area tucked under the roofs, helping convert once unused attics into livable space. 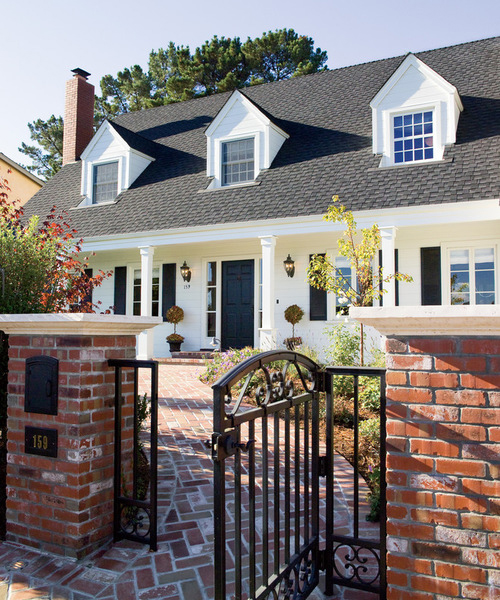 Element: A symmetrical front facade. Traditionally Cape Cod homes have a symmetrical appearance and layout inside with a center hall and equal space on either side. Colonial Cape Cods featured a central chimney linked to a fireplace in every room; 20th century versions like the one shown moved the chimney to one end of the home.

How to make it your own: Pairs of planters and sconces on either side of entries can create the appearance of symmetry even when the fundamental layout is asymmetrical. 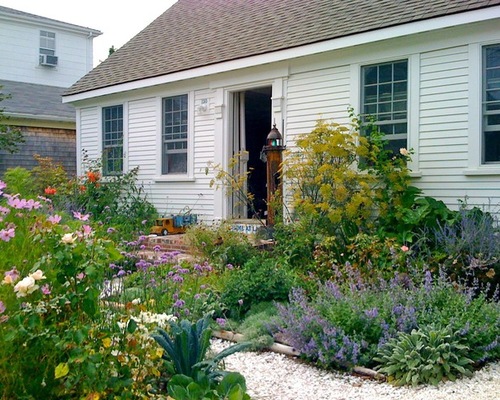 Element: Pilasters. They surround the front door and are the decorative highlight of simple Cape Cod cottages. This white-painted pilaster and lintel combination is most common.

How to make it your own: Painting heavy trim surrounding entries white is one way to get a similar effect without calling in a carpenter. Another simple way to highlight the entry is to paint the door itself a bright color.

Element: Sidelights. Flanking the front door, they dress up the entry slightly more than the pilaster-lintel combo. Sidelights can be found on either side of paneled or French doors.

How to make it your own: For the same effect without reconfiguring your entry space, try swapping out a solid door for one with windows. 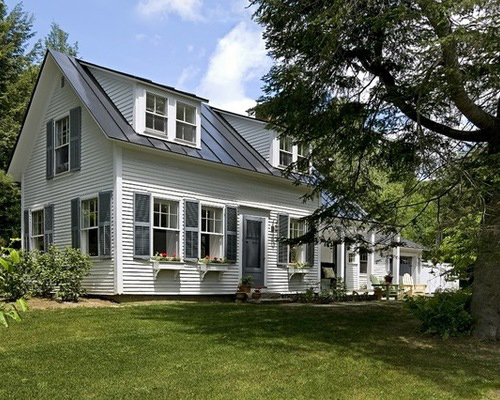 How to make it your own: Shutters and window boxes cheer up the facade of any home, regardless of its style. Both are simple improvements to curb appeal.

Element: A wide front porch. Colonial versions of the style did not have front porches, due to climate and construction concerns, but they are common in revival incarnations of the look.

How to make it your own: Porches are a great way to help smaller homes live larger by extending the living space outdoors. 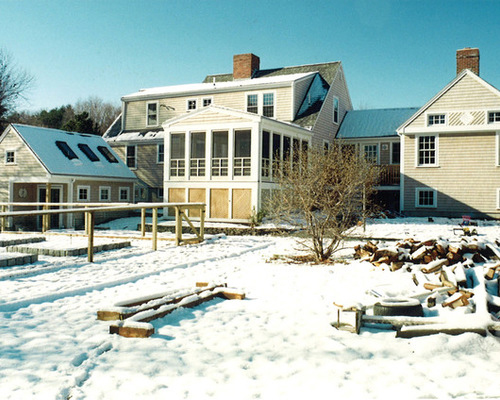 Element: Rear and side additions. When adding on to a Cape Cod home, architects and builders tend to try to maintain the modest facade of the original structure and make more drastic changes or enlargements to the back or sides.

How to make it your own: Preserving the integrity of original architecture is a good practice, regardless of the style.