Cultivating a love of lilacs

Meet some Granite Staters who are wild about lilacs, New Hampshire’s state flower.

The purple lilac may be New Hampshire’s state flower, but it isn’t a native plant; hard to believe, since often a long-abandoned home site—where only a cellar hole and scattered stones remain—has an ancient lilac standing guard nearby. In addition to purple, the other six “official” colors are white, violet, pink, blue, lavender and magenta, and the blossoms can have single or double florets.

For me, there is nothing more nostalgic than the scent of lilacs, a distinctive fragrance known to spark childhood memories. The most fragrant lilacs are descended from the common lilac Syringa vulgaris, which hails from Eastern Europe. There are twenty other species of lilacs native to Asian nations, such as Korea and China. Some are heavily scented while others have little or no fragrance.

For decades, the University of New Hampshire was well known for its lilac-breeding program, which lasted from the 1940s through the early 2000s. If you have a ‘Miss Kim’, ‘Agnes Smith’ or ‘James Macfarlane’ lilac, you have a plant that was developed at UNH.

Liz and Brian Riordan met at UNH where they were lab partners in freshman zoology class. “Little did I know that we’d be partners for life,” Liz says. Their love of lilacs also began to bud at UNH. “One of our favorite things to do every May was to look at and smell the lilacs. It was Brian’s favorite flower and became mine as well.”

When the Riordans bought their house in Hampton Falls in 1991, the only flowers on the property was a hedge of lilacs out front. In 2005, Liz and Brian decided to plant a privacy border behind the house. “We started with eight young lilac shrubs,” Liz says, “and now we have seventy varieties! Lilacs are the first thing I check out when I go to a new nursery.”

The Riordans have labeled all their plants—Liz says she won’t plant one if she does not know what variety it is.

The peak season of lilac bloom in their yard is around May 18. “Brian and I look forward to May all year long,” Liz says. “We walk the lilac bed several times a day. The fragrance is amazing!” The Riordans love inviting people over to enjoy the lilac display and are hosting a wedding for family friends in their garden this spring. 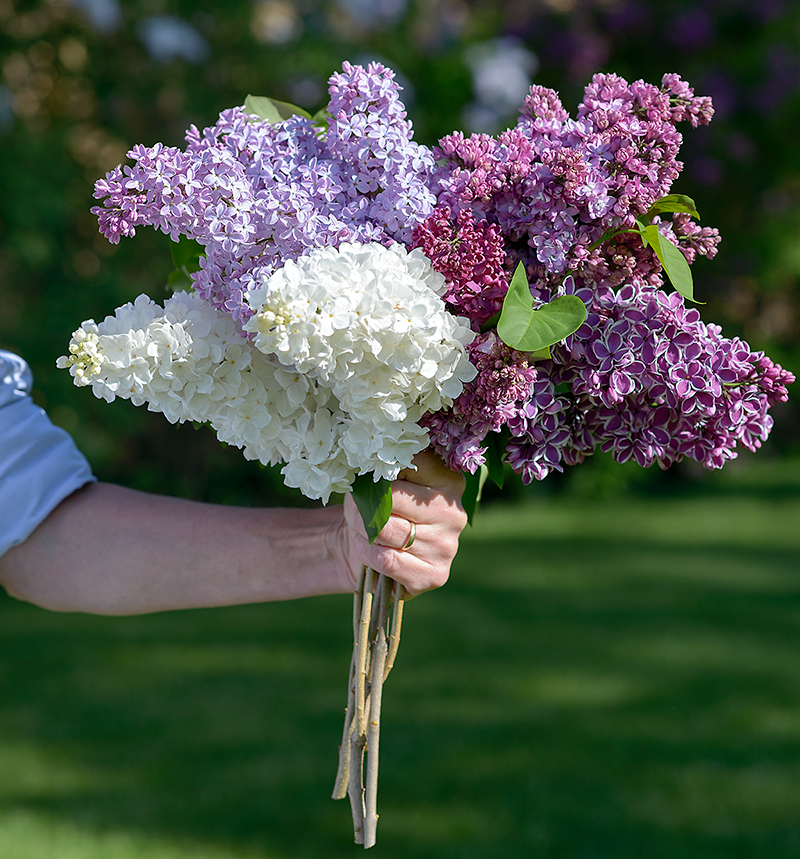 The Riordans look forward to peak lilac blooms in May, when there are plenty of blossoms for cutting and the couple can surround themselves with fragrance indoors and out.

Some of the Riordans’ favorite varieties of lilacs are:

• ‘Katherine Havemeyer’ with its huge pink double blossoms
•  Mildew-resistant, white ‘Betsy Ross’ that blooms early
• ‘Congo’ and ‘Yankee Doodle’ with their deep purples
• ‘Maiden’s Blush’ as a fantastic early blooming pink
• ‘Beauty of Moscow’, which has pink buds that turn to white flowers
• ‘Agincourt Beauty’ with its huge deep violet florets
• ‘Lilac Sunday’, which was hybridized at Arnold Arboretum at Harvard University and is a single-flowering purple with arching branches

John and Cheryl Bentley began the Katie Bentley Lilac Project and related Katie Bentley Memorial Charity in 2007 to honor their four-year-old daughter Katie, who died from a rare lung infection. The goal of the Lilac Project is to promote a love of purple lilacs—Katie’s favorite flower.

John visits fourth-grade classrooms around the state to talk about lilacs. “I give them a brief history lesson on lilacs in New Hampshire,” he says, “such as the fact that we are the only state with a Lilac Commission, we have the oldest documented lilacs in North America at the Wentworth-Coolidge Mansion in Portsmouth, and we are the only state with the lilac as its state flower. I try to make it fun and interesting, only speaking for about fifteen minutes and giving the children time to ask lots of questions. If we have the money, we give each of them a lilac to plant at home. We want to start a love of lilacs early.”

Last year, John had requests for lilacs from 430 students around the state, which donations helped pay for.

The Lilac Project also promotes planting lilacs on public lands, such as at schools, cemeteries and libraries. If you would like to start a lilac planting program in your area, John can help you get going.

To promote public enjoyment and scientific study of lilacs, John hopes to build a public lilac collection in Hooksett with more than three hundred rare and collectible lilacs. This planned arboretum will be called the Katie Bentley Lilac Collection. Developer Jeff Larrabee of Larrabee Group, LLC in Concord has proposed a large complex to house the lilac collection, related agricultural areas as well as a restaurant, event pavilion, festival grounds, concert stage, brew pub and hotel.

Syringa Plus nursery has opened a new location in Hooksett. The nursery’s stock plants remain at the old nursery in West Newbury, Massachusetts, but the rest of the operation has moved north. The end goal is for lilac lovers to get their fix all in one trip!

Advice from a pro

“Evie King from Syringa Plus in Hooksett is a real lilac expert,” Liz says, “and I have learned a lot about lilacs from her. She is my go-to person when I have questions.” King has three top tips for lilac success:

To this list, King says she would add: “don’t kill them with kindness. People tend to kill their lilacs by over-watering or over-fertilizing them.”

Lilac season is short, so King recommends planting early-, mid- and late-season varieties to extend the show. The Riordans say that ‘Assessippi’ is the first to bloom in their garden and ‘Donald Wyman’ is one of the last.

Pruning is another topic King often gets questions about. “The most important thing about pruning is to do it immediately after the plants flower,” she says. “That way you are not cutting off next year’s blossoms. The more new growth you encourage, the more flowers you’ll have in the future.”

King has played an important role in the preservation of the Wentworth-Coolidge lilacs. These venerable plants, which dated back to 1750, were attacked by a root-rotting fungus called Armillaria about six years ago. To eradicate it, all the dead and diseased wood had to be removed from the garden. King propagated new plants from disease-free stock taken from the original plantings and used this stock to replant the garden after the fungus was gone from the soil. She still has a good supply of these historic plants for sale so others can own a piece of New Hampshire history.

“Lilacs are survivors,” King says. “They are tough plants, and will live and perform well in locations that are less than ideal.” Sounds like an appropriate plant to represent the people of New Hampshire. 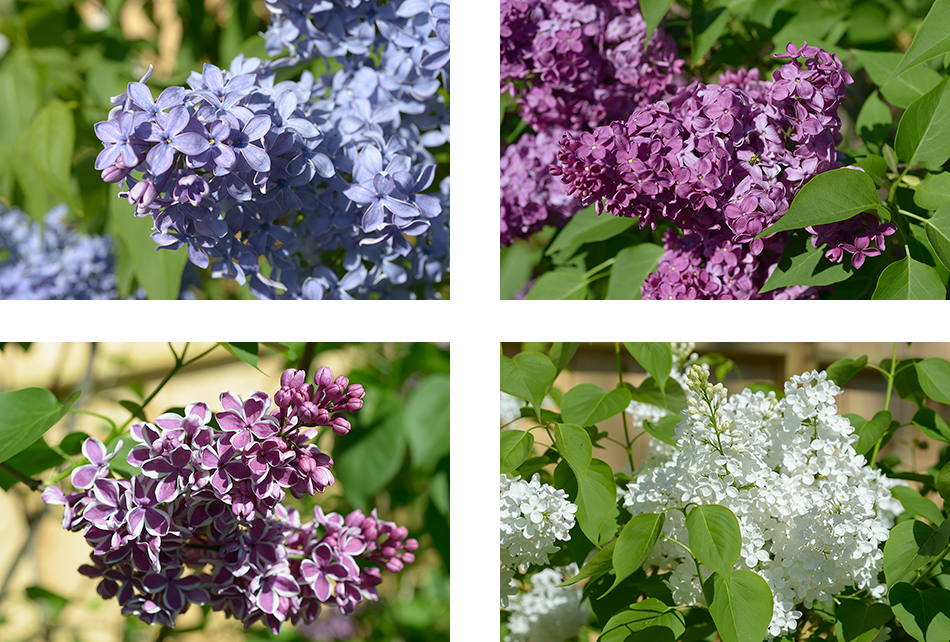