Energy Efficiency For an Artists’ Colony

As part of an ongoing effort to increase its sustainability, the MacDowell Colony in Peterborough recently renovated several of its studios. 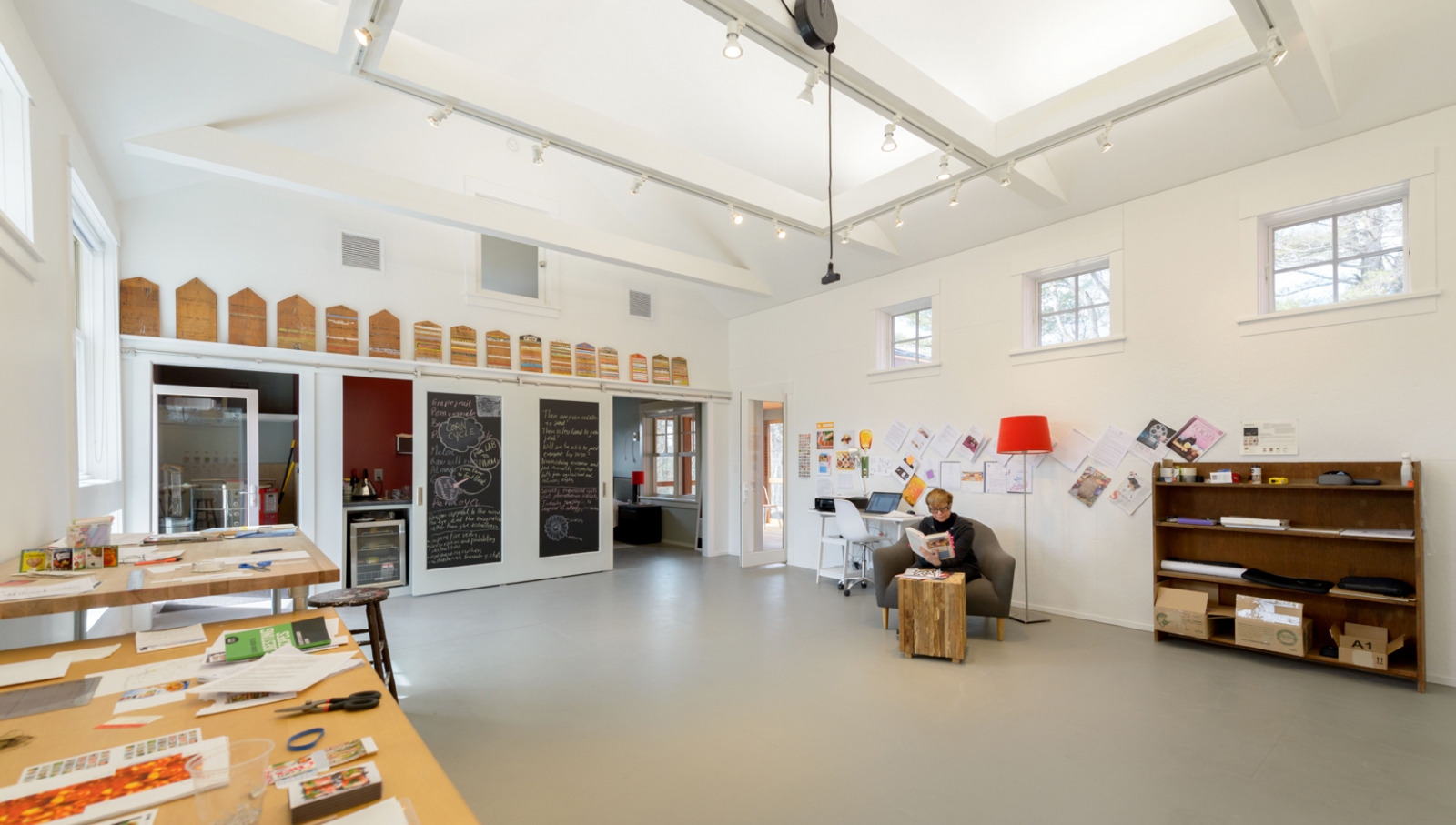 The MacDowell Colony, celebrating its 110th anniversary this year, has been working toward a greener and more efficient physical plant for more than twenty years. The historic artists’ colony in Peterborough provides fellowships for approximately three hundred artists per year, each using one of the thirty-two studios on the property, as well as the larger communal buildings, during a stay of a month or two. Updating the property’s many buildings has been an ongoing necessity since the colony’s earliest days, but in recent years, MacDowell’s leadership has become eager to make those updates with an eye to efficiency in addition to functionality,  comfort, aesthetics and history.

“MacDowell needs to be preserved not only as a gorgeous natural setting but also by reducing our carbon footprint,” says Cheryl Young, executive director for the MacDowell Colony. “At 110 years old, we need to make these investments to be here for future artists.”

The recent availability of new technology for efficient heating, insulation and energy generation, Young says, has made it possible for MacDowell to become more energy efficient than might have been imagined just a few years ago.

Variations on a theme

The greening of MacDowell comes with certain challenges. The studios that grace the 450-acre landscape vary in size, style and materials. Most were built between 1907 and 1937, when the colony was a summer-only operation—studios weren’t intended to provide winter housing. In the 1950s, when the colony began receiving artists year-round, the studios were, in the words of MacDowell’s Resident Director David Macy, “hastily insulated.” In many cases, this meant dropping the ceilings and installing insulation overhead. The studios were also outfitted with oil-fired furnaces and boilers that were inefficient by today’s standards. By the early 1990s, it was clear to MacDowell’s administrators that these legacy heating and insulation systems should be upgraded. However, because every studio at MacDowell is unique—ranging from camp-like to whimsical and beyond—there is no one-size-fits-all solution. 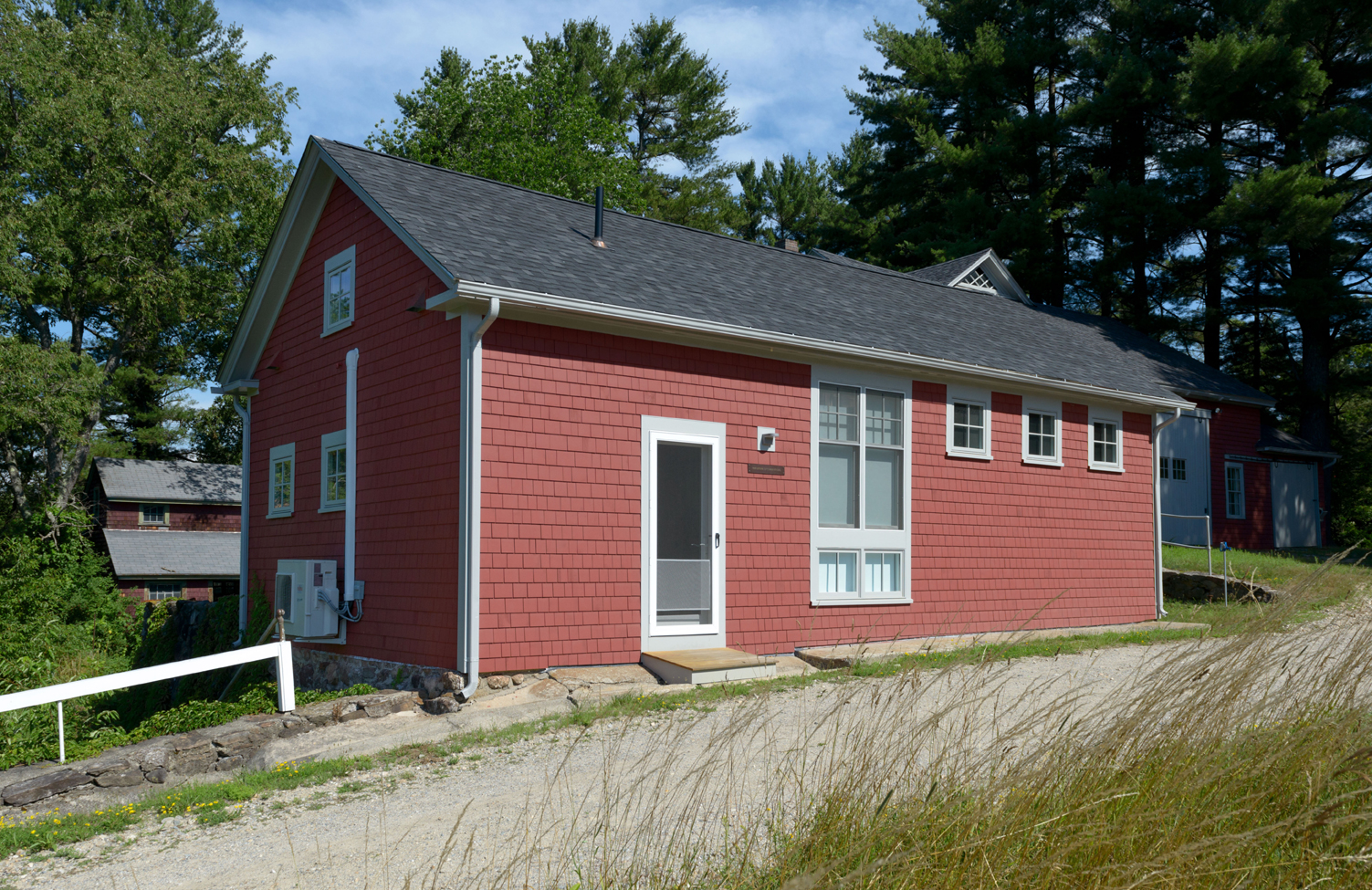 Eastman Studio, a century-old former farm building, is now one of the most energy-efficient studios on the property.

“I call them little follies in the landscape,” says Sheldon Pennoyer of Sheldon Pennoyer Architects in Concord, who was first hired by MacDowell back in 2003 to renovate a studio. Since then, he has worked on several—including, most recently, the studios called Delta-Omicron, Schelling, Garland (formerly Baetz) and Eastman (formerly Shop). Pennoyer’s other projects at MacDowell include a new maintenance building and a redesign of Colony Hall, which houses MacDowell’s administrative offices, kitchen and dining hall, as well as common areas for the artists. 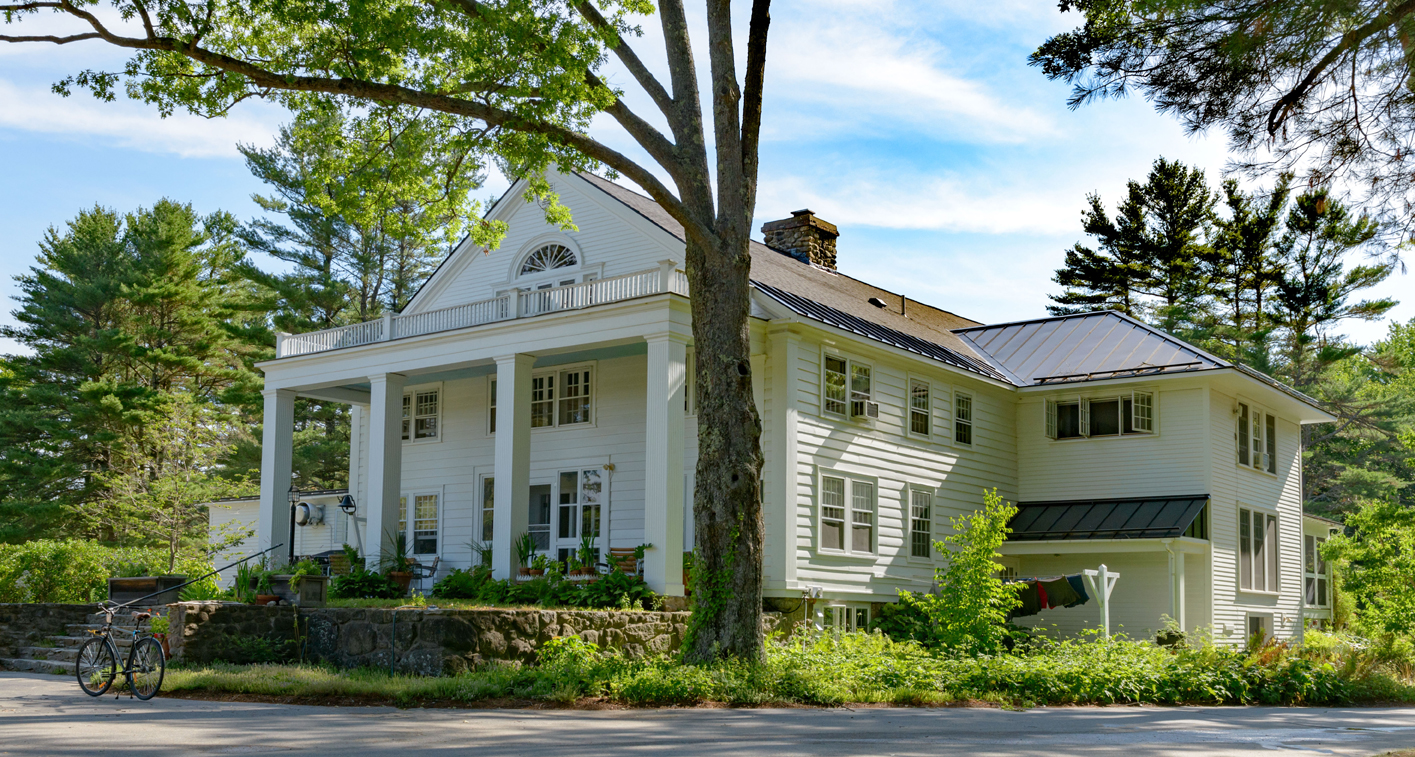 Colony Hall, the social and administrative hub of the MacDowell Colony, now uses an efficient wood-pellet boiler for heat and hot water.

In a related upgrade last year (orches-trated in part by MacDowell board member Bob Larsen), MacDowell installed a half-acre array of solar panels that now offsets about 74 percent of the colony’s electrical needs on an annual basis. The panels—installed by ReVision
Energy, in Concord, in cooperation with IGS Solar, in Dublin, Ohio—supply about 186,000 kWh each year. This is more than enough to offset the power of most of MacDowell’s communal buildings. The largest of these, Colony Hall, now uses an efficient wood-pellet boiler for heat and hot water. 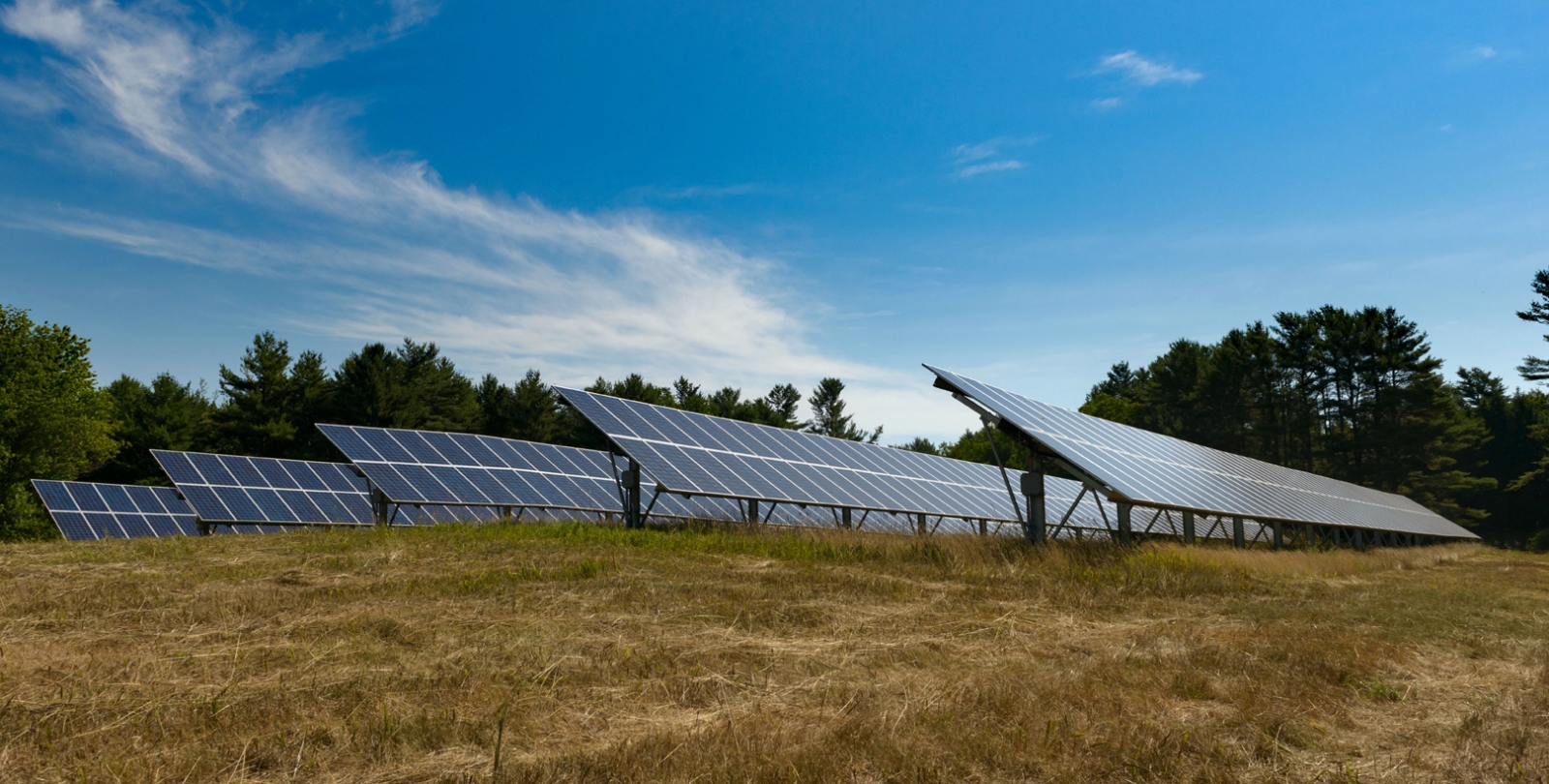 Last year, the MacDowell Colony installed a half-acre array of solar panels that now offsets about 74 percent of the colony’s electrical needs on an annual basis.

While energy efficiency was a primary goal for recent studio renovations, other goals included retaining the buildings’ original look and feel while optimizing them for the artists. While only some of the studios are equipped for 24/7 occupancy (there are sleeping quarters elsewhere on the property), many artists prefer to sleep and work in the same space. MacDowell has been gradually working to support this inclination by increasing the proportion of live-in studios. Even when sleeping quarters were not being added, Pennoyer worked to maximize and improve available space. 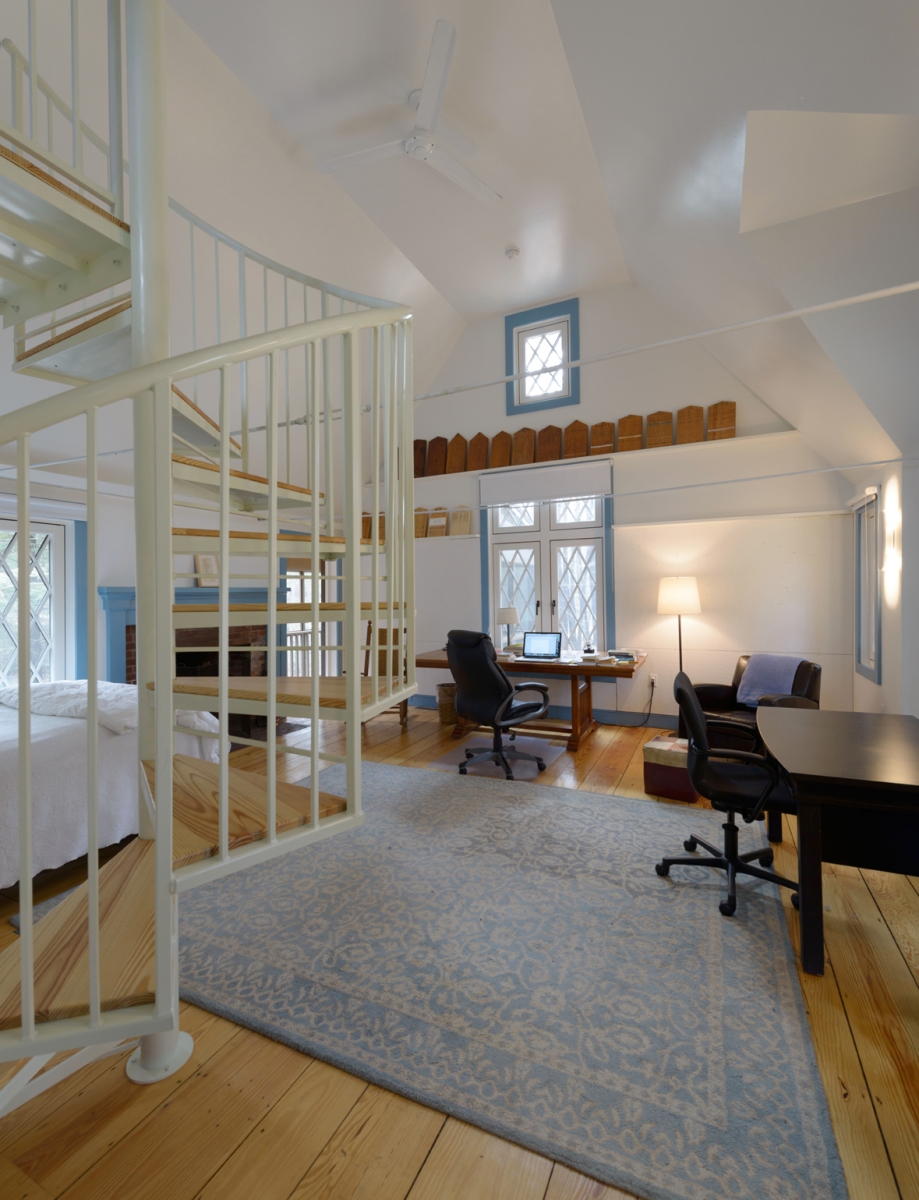 Inside, Garland Studio has been transformed from a dark and cramped space to one that is bright,
comfortable and graced by natural light.

“The challenge was to expand but not detract from the architectural integrity of each building,” Pennoyer says. “While we were respecting the original structures, we were also trying to intelligently add on to them, to enhance them as architectural gems.” He and builder Tim Groesbeck, of Groesbeck Construction in Sharon, have worked together on many projects. They found that the most efficient way to tackle each studio was first to determine the best method of insulating the building envelope. Different situations called for different solutions.

In most cases, Pennoyer and Groesbeck decided to take down the structures to the studs, wrap them in a large layer of foam, and replace the interior wall surface and/or exterior cladding.

For Schelling—an Adirondack-style camp structure—the team retained the building’s signature bark siding. In order to replace that material, the team harvested hemlock trees from the woods near the studio, peeled the bark and flattened it into three-inch square sections. “It’s almost like big shingles. It’s a really beautiful siding,” Pennoyer says.

Deb Shelley, of D. Shelley Masonry in Jaffrey, replaced Garland’s stucco exterior and modified the stone chimney at the Delta-Omicron studio. “On any studio that needed changes or renovations to the masonry, Deb was up to the task,” Pennoyer says.

Outside, Garland retains its “fairy tale cottage” look and appears very much the same as it did prior to renovations.

The Garland Studio—used by authors James Baldwin, Spalding Gray and Alice Sebold—was recently renamed in honor of the Mary and Peter Garland family, who funded the renovation. Prior to renovation, the studio was dark, cramped and drafty. The renovation team removed the dropped ceiling, reclaiming the building’s cathedral ceiling and letting in natural light from gable end windows. A newly white interior and energy-efficient lighting further brightened the space, and a small reading loft was added over the bathroom. The renovated building has retained its diamond-pane French casement windows.

“If you compare old and new photos of Garland,” Pennoyer says, “you really have to look to see the difference, despite the fact that we increased its footprint by 15 percent.” 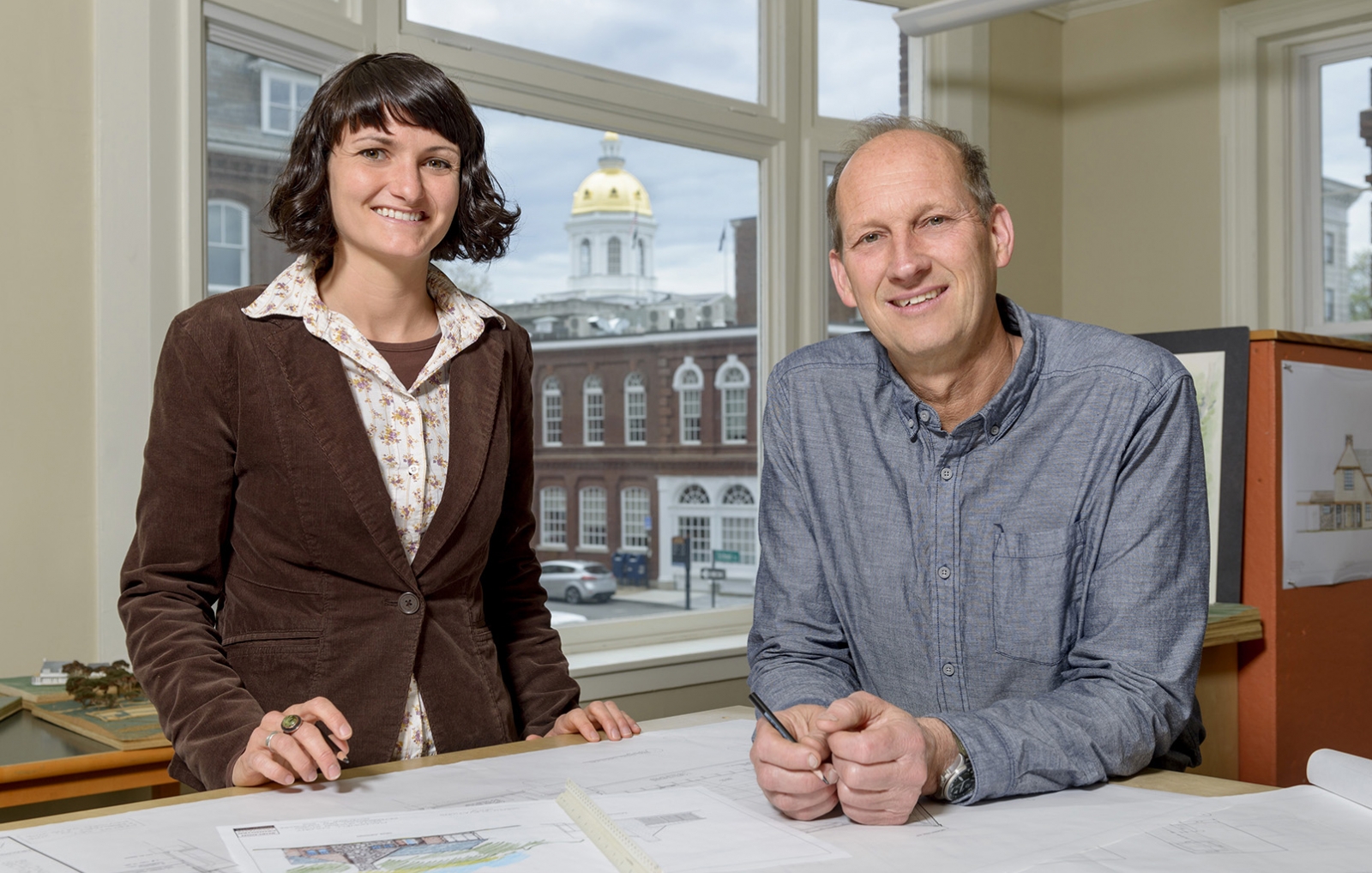 Eastman, formerly known as Shop, began as a farm building one hundred years ago. It was converted to a studio in 1956, but with a concrete slab just below its pine floor, it was anything but energy efficient. Now, with funding from visual artist and MacDowell board member Louise Eastman, the structure has been transformed into one of the most efficient studios on the property.

It is a live-in studio with a small bedroom and bath, four hundred square feet of work space and a cathedral ceiling. Plentiful, state-of-the-art insulation, energy-efficient windows, and a heat pump and energy-recovery ventilator keep it comfortable and lean. According to Macy, the annual cost of heating was around $2,000 and is now less than $400.

Due to finances as much as anything else (MacDowell is a nonprofit organization), the studios will continue to be renovated slowly but steadily. “We try to fully renovate one per year,” says Macy, who has also stated that the colony is on the path toward using no more electricity than it produces.

As the years go by, the artists arriving at MacDowell will discover  an ever-greener artists’ colony, designed to last in harmony with its natural surroundings.

Delta-Omicron Studio was stripped to its bare bones (above left) before being restored to its current state. 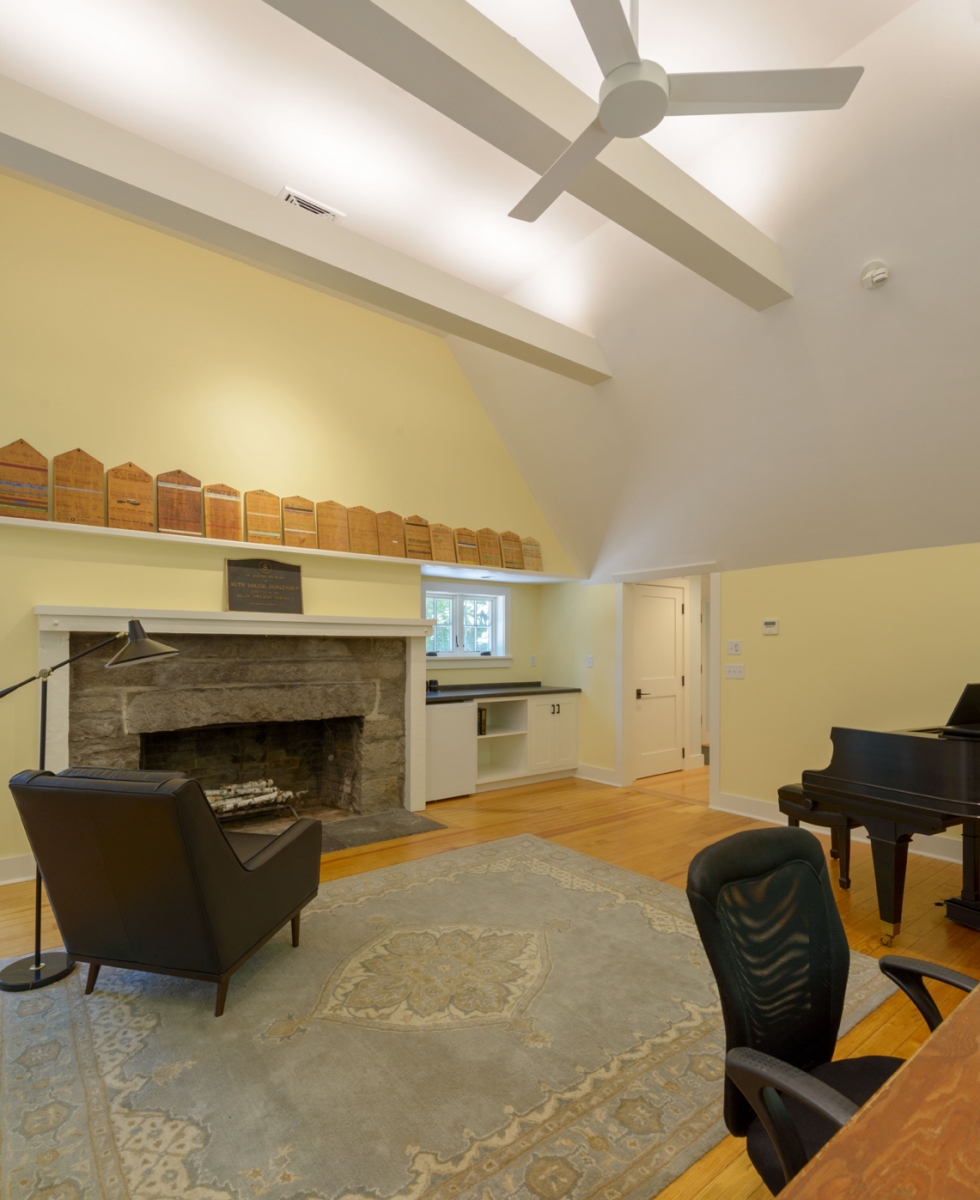 Inside, the studio retains its fireplace amid a fresh new look.
Categories: Architecture and Interiors, Renovation, Renovation & Restoration