Designs from history are translated into museum-quality reproductions 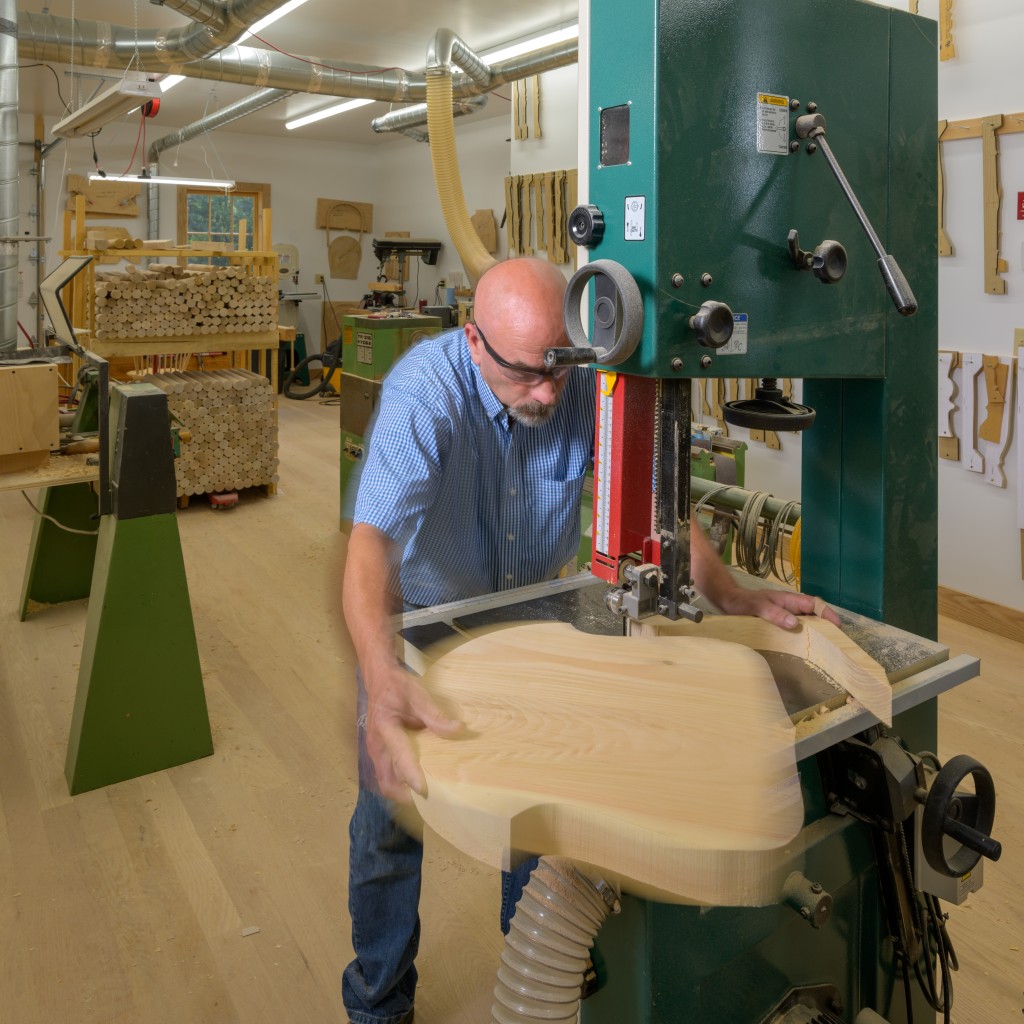 Dimes uses a band saw to cut out a chair seat for a Henzey Bowback side chair. According to Dimes, the most prolific chairmakers in the 18th century lived in Boston, Philadelphia and parts of Connecticut.

Douglas P. Dimes, 56, knows instinctively how to make an American Windsor chair—it’s all he’s ever known or wanted to do. At age 10, the second-generation owner of D.R. Dimes & Company began sweeping the floors of the shop where his father, Douglas R. Dimes, specialized in Colonial furniture like the Windsor chair, whose origins stem from 18th-century England.

Founded in 1964, D.R. Dimes & Company is known nationally for its faithful, museum-quality reproductions of Colonial furniture. Through expert craftsmanship and with a dedicated team, Douglas R. Dimes & Company brought the Windsor chair widespread popularity by designing the Limited Edition Writing Arm Chair during America’s Bicentennial in 1976. Meanwhile, Douglas P. Dimes would continue learning processing, assembly, carving and hand-turning—all skills needed to make a quality chair. Dimes wanted to especially thank junior partner Tom Lavigne, who worked for the company for 50 years, as being instrumental to its success.

For the last 35 years, Doug has been designing furniture by following his father’s example and those same 18th-century standards of quality. For his dad’s birthday in 1992, Doug gave him the first Windsor chair he designed and put together—a reproduction from Independence Hall.

The company’s work has appeared in dramatic movies and been commissioned by several historical sites and museums, including Colonial Williamsburg, Independence Hall, Old Sturbridge Village, Historic Deerfield, the Smithsonian, Historic Charleston County Courthouse, Winterthur Museum in Delaware, the Museum of the American Revolution in Philadelphia and the Edward M. Kennedy Institute, where Doug reproduced desks for the U.S. Senate chamber.

Dimes, now a team of one, continues to make Windsor chairs and plans to spend a lifetime carrying on the strong work ethic passed down from his father, who died earlier this year. 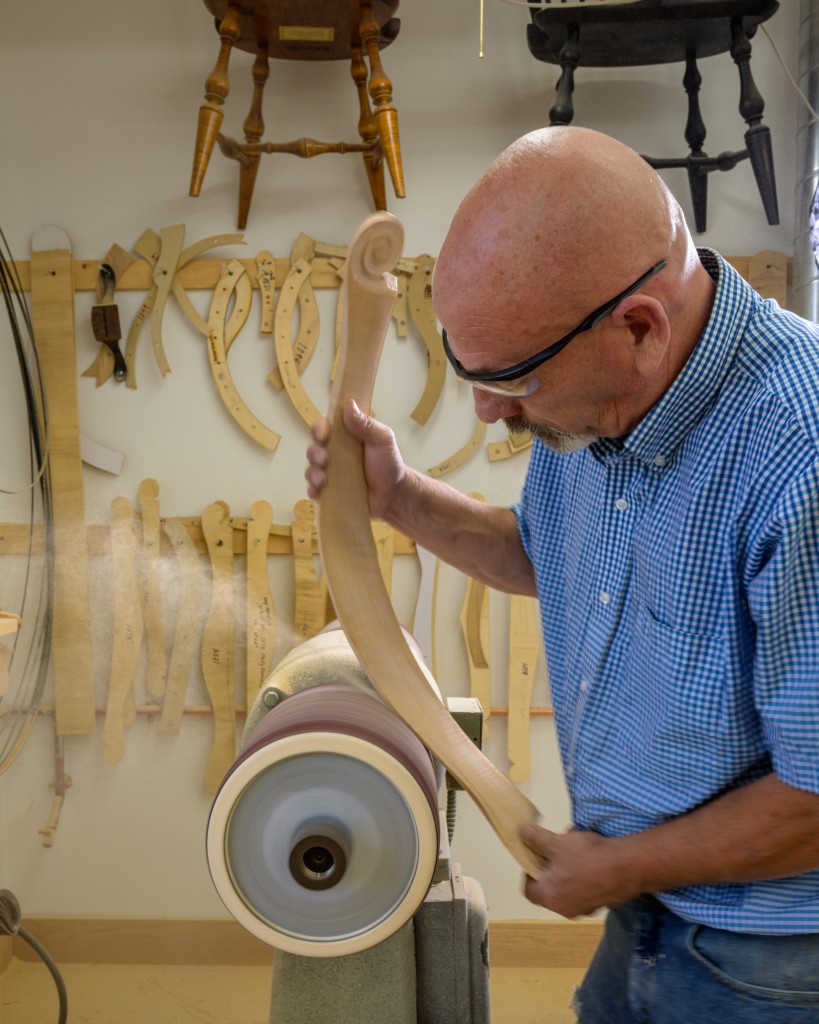 In his workshop, Dimes uses a pump sander to shape a comb for a
Philadelphia Writing Arm Chair. Behind Dimes are various arm and comb patterns. Dimes makes more than 100 styles of chairs.

Of 18th-century American design, Dimes says, “I think it’s the best stuff ever made. So why reinvent the wheel? You can make it different, but you can’t make it better.”

Dimes talks with New Hampshire Home about the history of the company, his dad’s influence and the essentials to being a top-notch furniture-maker.

New Hampshire Home [NHH]: How did you become a chairmaker?

Doug Dimes [DD]: When they started restoring houses, some people who studied it really hard had to rediscover how the houses were built, how the furniture was built. Now there’s a YouTube video for everything. But in 1964, there was nothing. There was no fine woodworking magazine. My father was more of a pioneer of figuring it out.

NHH: What is the quality you look for in furniture?

DD: It’s scholarship. I was always pushing to try to learn more and do more. The only way you can identify the best stuff is by scholarship. You just have to study it all the time and become an expert in it to be able to know the difference.

At Independence Hall, we made these Philadelphia low-back benches, I think in 1980. Millions, literally millions of people, have sat in those chairs over the years. That’s a long time.

NHH: Is making a good piece like breaking things down, then building them back up?

DD: That’s true of anything. It’s easy if you know how to do it. It’s second nature to me. When you break it down into each individual element, it may not be that easy. But once you get it there, it just works. Those guys in the 18th century, they were talented. Holy smokes! They did work by hand. It’s amazing. 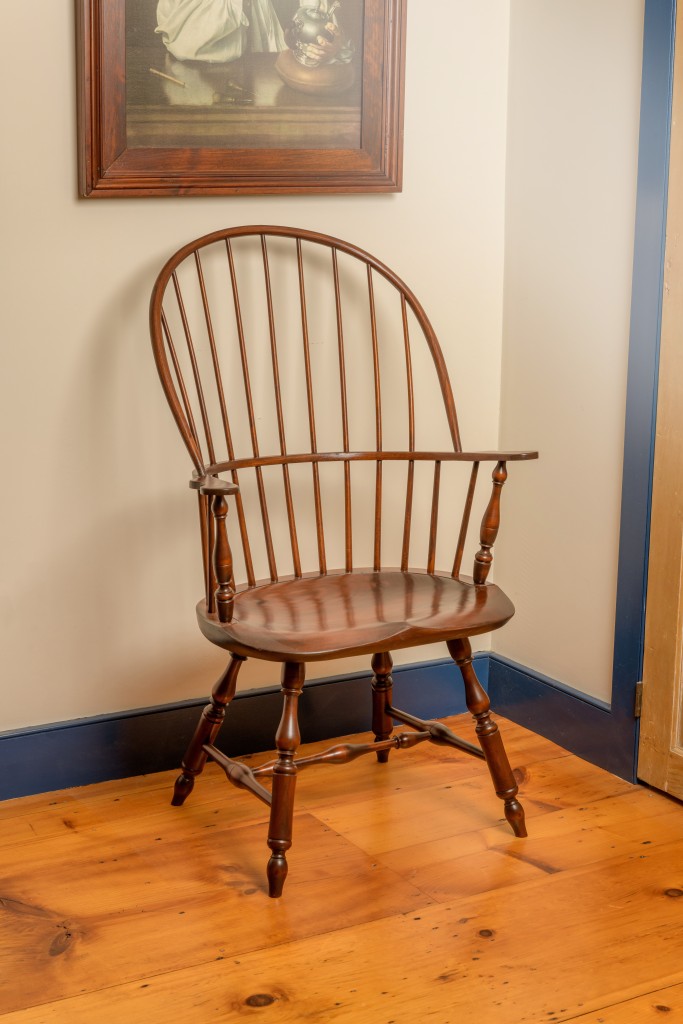 NHH: What’s one example of a great Windsor chair?

DD: The most beautiful Windsor chair, the most sophisticated chair ever made, was called a Philadelphia Queen Anne Comb-back, that was made in Philadelphia, right around the time of the Revolution.

NHH: You started carving wooden chairs when you were 21. Has your style evolved since then?

DD: It was never static. It has evolved over the years. And hopefully for the better, always for the better, more stylish. Then you figure out different techniques to do it more efficiently, more accurately.

I can tell you pretty much everything I’ve made in my life will outlast everybody who’s currently alive on the planet. That’s the standard.

DD: I couldn’t bring myself to be thinking about selling it—I closed it. It became financially untenable. My name is Dimes. I am a Dimes. It’s the only thing I’ve ever done. Closing almost killed me; I was so distraught. 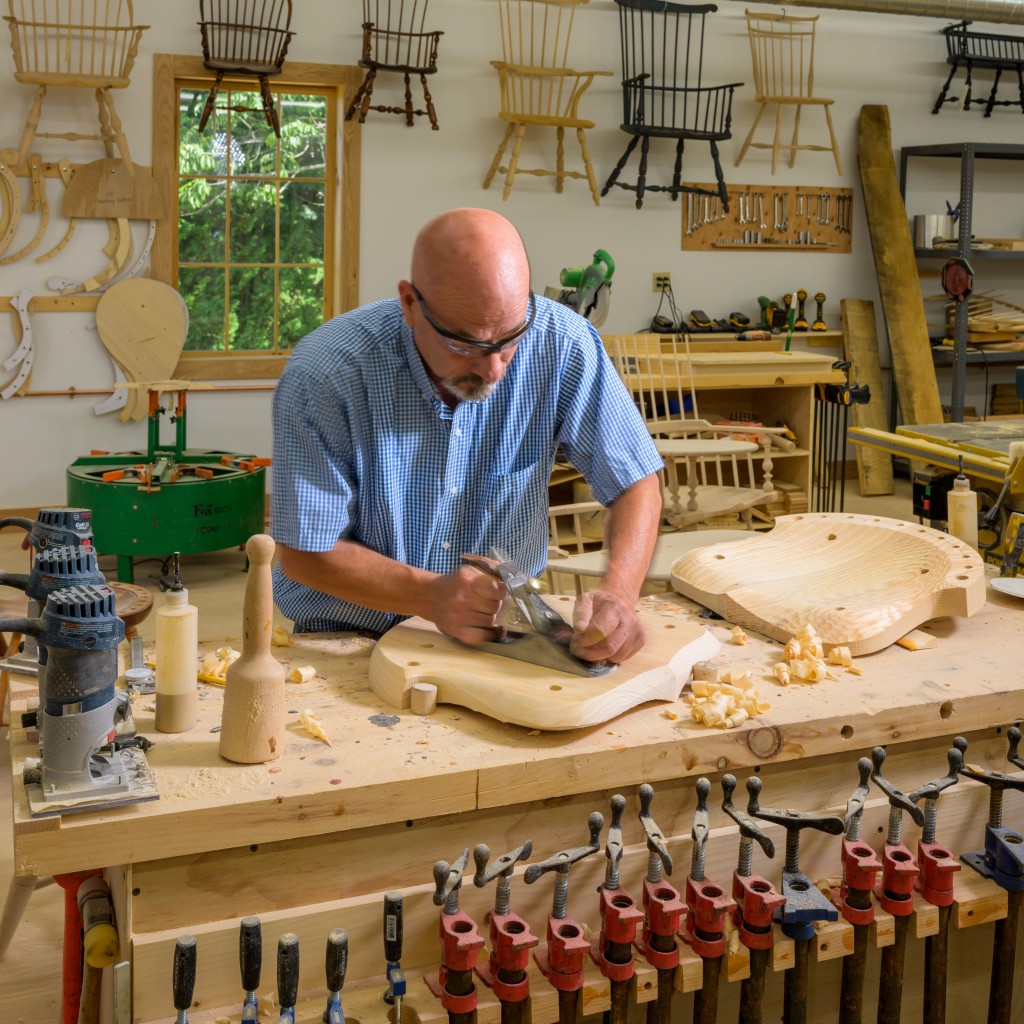 Dimes hand-planes a Henzey Bowback Side Windsor Chair seat before putting the Dimes name on the bottom.

Times change, things change, circumstances change. There is a lot of great companies that are no longer in existence. What we were doing wasn’t practical anymore.

NHH: How do you continue to grow?

DD: I am always pushing forward. I do a lot of reading. I have a huge library of books, and from a very young age, I met very influential antique dealers.

NHH: Can anyone do this?

DD: It takes a lot of experience, rewinding and repetition to get it right. Repetition, repetition. And, boy, it is helpful if you have somebody there giving you some pointers. My father had to figure it out himself.

NHH: Are you a big history buff?

DD: We’re in the history business, recreating the very best of 18th-century designs from all over the country, and doing it as well as we possibly could. 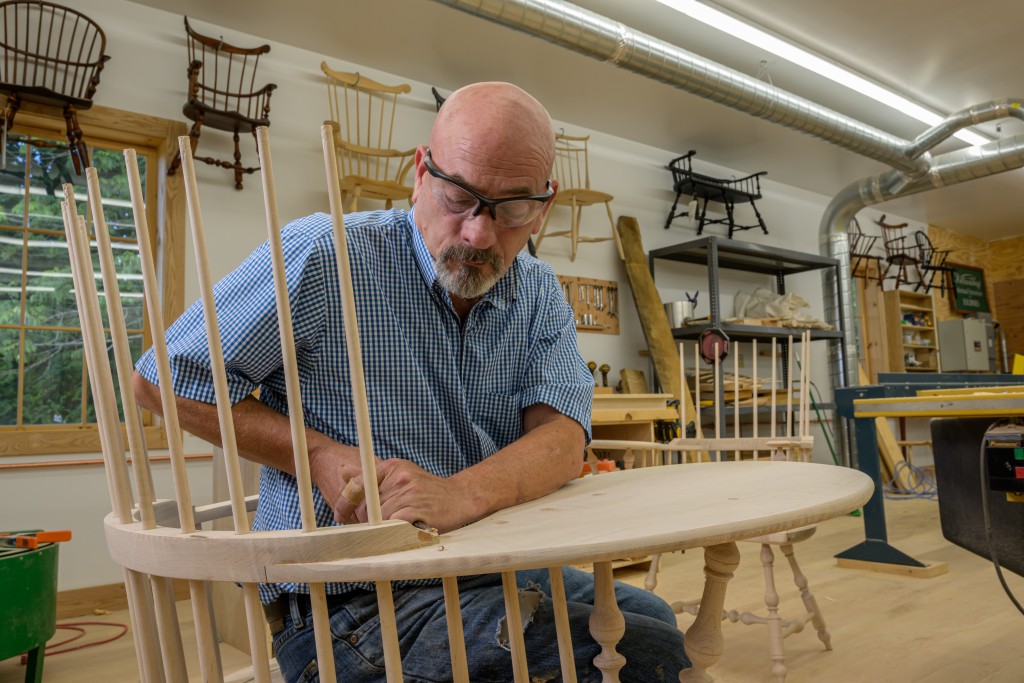 Dimes uses a hand chisel to finish a curved detail on a writing arm chair. “There’s lots of small details that just have to be done by hand.
There’s no way around it,” Dimes says.

NHH: Do you have any hobbies?

DD: I’ve always been just a grinder. My buddy Tom, who used to work for us, and I would both be at the shop early in the morning. Everybody ran a really tight ship. I love it. And I’m very proud of it. But it’s a job.

Landscaping, if anything, is my hobby—trying to make things look good. I want them to be pretty.

NHH: What about vacations?

DD: I hate vacation. I like to be in the shop. That’s where I’m comfortable. Sometimes, I’ll go to a museum. Last weekend, I went down to the Peabody Essex Museum in Salem, Massachusetts.