Discover what three experts like to plant at home.

Michael Gordon, Marc Hudson and Maude Odgers are well-known garden designers who live in New Hampshire. Because they’ve helped clients realize their dreams and also transformed many public gardens, New Hampshire Home asked them what kinds of plants they grow at home. 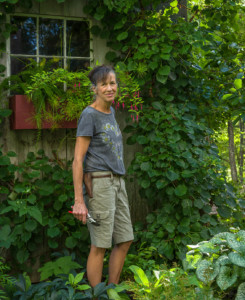 As the owner of The Artful Gardener in Peterborough, Maude Odgers helps design gardens for clients as well as works alongside other volunteers to design and maintain the Town of Peterborough’s eight public gardens. As a painter and a former textile artist, Odgers has an eye for both the overall impression of a garden and the smallest details of a leaf.

She describes herself as “motivated by working with interesting textures that play off one another all the way around a garden.”

These are some of her favorite plants: 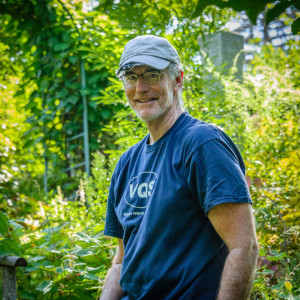 Michael Gordon is an optometrist with a practice in Peterborough. He is also a designer of public gardens. If you visit downtown Peterborough in spring or summer, you are bound to notice the handsome flower boxes on the bridge railings or the cheerful beds in Putnam Park—all due in part to his influence. Gordon is particularly passionate about garden spaces that blur the line between public and private; he recently designed just such a garden next to the Peterborough Community Theatre for homeowner Susie Hunter (see A Hidden Gem from our March/April 2019 issue).

Below are a few of the plants that Gordon says are favorites: 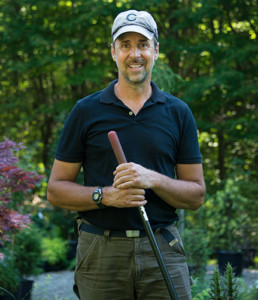 Inspired Gardener is known for its unique array of rare and unusual plants, which are enthusiastically collected, cultivated and curated by Hudson. Some he discovers in other gardens—such as the American pokeweed variation pictured below that he first saw in the garden of Bill and Eileen Elliot of Hancock. “They told me that it was a cultivar of the native pokeweed,” Hudson says, “which commonly grows in New Hampshire, often at the edge of woods and fields.” Others—such as the full moon maple (also below)—are a happy accident: “I planted this tree in my garden one October after I failed to sell it at the shop,” he says. That maple, the pokeweed and an Oriental spruce are now three of his favorites.

Below are a few of Marc’s favorite plants: