Great Ways to Dress Up Those Necessary Columns

Many homes need a structural column or two, especially in today's open-plan spaces. Here's how to turn them into superstars

It’s a common conversation between contractors and homeowners who hope to create an open floor plan by knocking down walls: The architect says an all-important structural column or two must stay, and all parties start to grieve a little for the perfect open space that now feels tainted. If you find yourself in this position, take heart. That column that first looked like an eyesore can be transformed into a feature in its own right with these clever design moves. 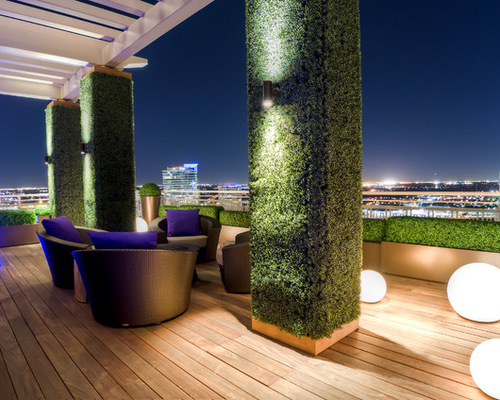 1. Greenery. This one works especially well outdoors, though varieties like Hedera helix (English ivy) have also been successfully grown inside. Training your ivy to grow around a column is no different from training it up a fence or a wall. Besides looking stellar, ivy is a novel solution that works quickly to cover the column in no time.

. Tile. Mosaic tile or even wallpaper with an interesting texture is another way to spiff up your functional columns with a minimal investment of time and money.

3. Brick. The exposed brick walls found in converted warehouse lofts are all the rage in some of America’s hippest cities, and there’s a good reason why. They add an authenticity to decor that feels rooted in tradition and, therefore, timeless. You’re already accustomed to seeing brick in the home as a fireplace surround, but it looks just as cozy as cladding for chunky columns like these.

4. Natural stone. Not a fan of brick’s earthy red tones? Pick a stacked-stone tile in any number of other hues instead for that rustic cabin feel. 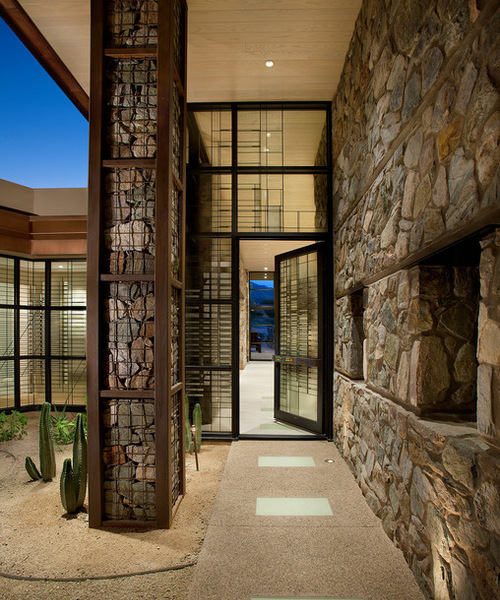 5. Gabion. If you are building from scratch, unbound by the limitations of an existing building, the design possibilities abound for addressing needed columns.

6. Slats. These wood-slatted columns tread lightly on this outdoor living space while defining it as an intimate room. The space between the slats gives an impression of lightness, with the steel frame barely perceptible underneath. As a result of careful design, the columns here look as much like deliberate pieces of architecture as structural requirements.

7. Craftsman. Who says indoor columns have to be of uniform thickness? A tapered Craftsman-style column references the past as it supports the beam above it.

Experiment with Layout by Mixing Different Sofa Shapes and Styles

8. Steel. Sometimes the way to make peace with columns is to fall in love with the material. Steel posts communicate an industrial theme so effectively that little else is needed. They have a storied charm of their own and serve as a reminder of your building’s history and durability.

But let’s say you already have enough steely hues in your scheme that embracing one more, even if it’s the real deal, is too much to bear. That’s where a trusty paintbrush comes in. In probably 15 minutes or less, you can have a design feature that wasn’t there before. 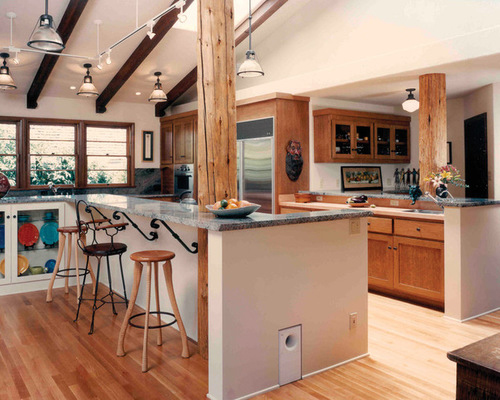 9. Wood. There are scientists who claim that the human connection to nature is nearly universal and biologically rooted. Our ingrained communion with the natural world makes wood an easy material to embrace. If properly protected and sealed, your timber columns need little else to make them beautiful. In this kitchen, the designer positioned the counter and cabinetry frame in a way that reveals as much of the column as possible, signaling that it’s a design feature worthy of attention.

10. Carved wood. For a unique look, invite a sculptor to carve a totem motif into your columns. Always consult an architect or engineer before sawing into something structural, but if you’re simply looking for a way to inject some extra personality into non-load-bearing decorative columns or run-of-the-mill shelving, bohemian totem poles may be just the ticket.

11. Carved stone. Alternately, you could make like the Greeks and Romans and elect to carve reliefs into your sturdy stone columns for a bit of old-world romance. To keep the columns looking fresh rather than gaudy, minimize the level of decoration elsewhere in the room. 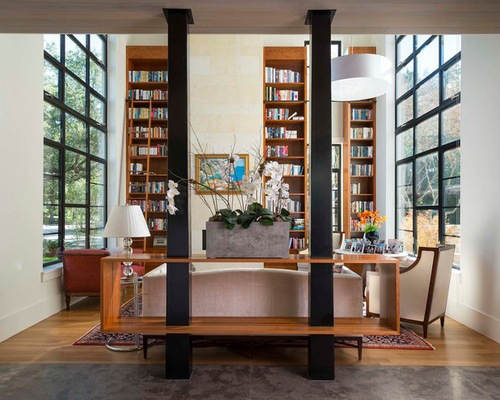 12. Console table. Two posts situated closely together can be transformed into a mod console table with the help of a skilled carpenter. With the two posts roughly centered in the room here, they could easily have been a serious design impediment. Instead, they are an essential element to the overall function of the space.

Use a Console Table to Fill in Columns

13. Bookshelves. As long as a column can hold the weight of the floors above it, there’s no rule for the shape it must take. Two thick slabs of wood, concrete, stone or steel can be fitted with shelves to create a chunky bookshelf to show off sculptures, books or treasured objects.

Columns can also be integrated easily with an arch when they need to support a beam. If your engineer mandates that the columns be positioned closer together instead of against the walls, seize this golden opportunity to add some built-in bookshelves between the columns and the wall.

14. TV mount. This one may be a bit more technically complicated, but if you can swing it, mounting your TV to a stray column in the middle of the room might allow you access to different furniture layouts that might not have been possible otherwise, and might well make that ill-placed column feel a little less random.

15. Art display. Besides its potential for being a bookshelf support, a boxy column makes an excellent modernist anchor for sculpture. 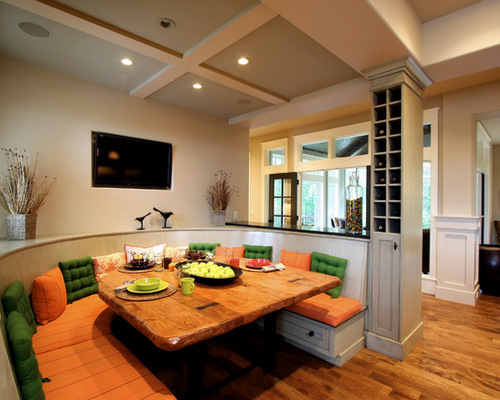 16. Wine rack. Bolstering the edge of a banquette, this wine rack makes bottles easy to access for hosts and guests alike.

17. Cabinets. For a highly custom option with the price tag to prove it, integrating cabinets into your columns can afford both structural integrity and attractive storage.

18. Rope. If you are fortunate enough to have original wood columns, there’s probably not much you need to do beyond simply embracing them. If you’re still not convinced, wind some rope around them to create the nautical rusticity of dock pilings. It’s one of the quickest, cheapest, simplest and most DIY-friendly fixes around. 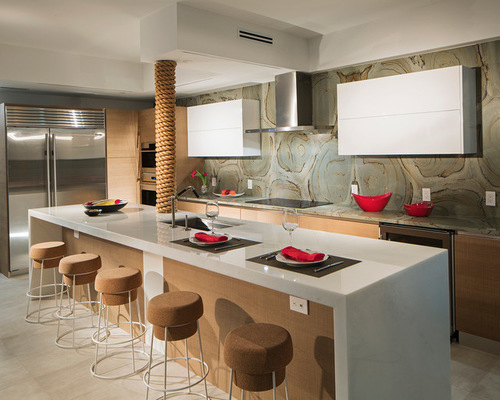 In the event that you have a less-charming post in an inopportune place, covering it entirely with rope will make the entire column feel like a deliberate feature, even in a sleek contemporary space like this one.