Not Your Ordinary Barn

Designed by an architect, this unique building provides shelter for rescued wildlife and the humans who care for them. 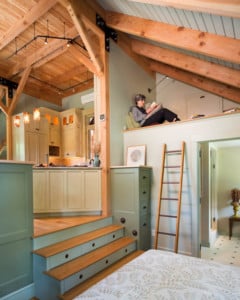 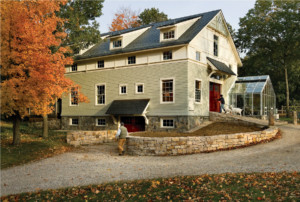 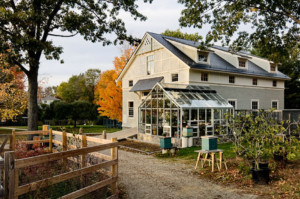 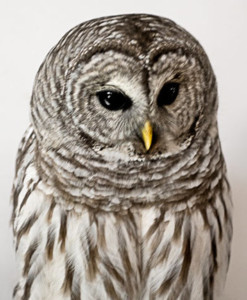 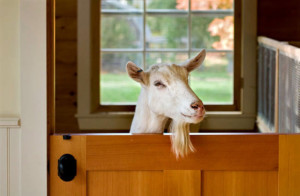 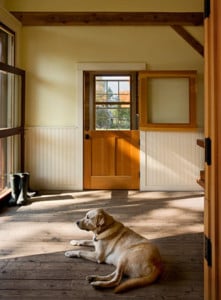 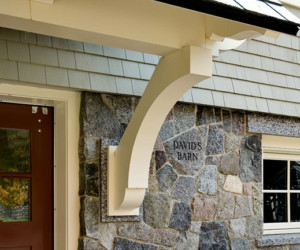 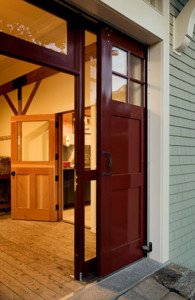 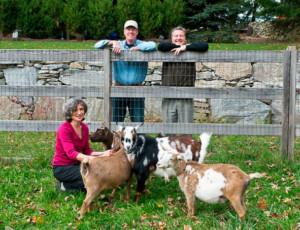 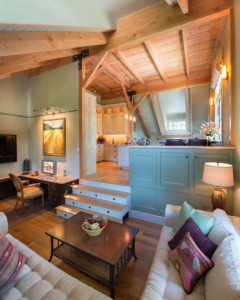 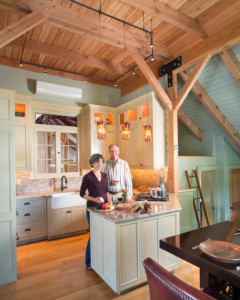 From the road, you'd never guess what's living out behind Joe and Julie Tucker's Rye home. Behind the house (which the couple is planning to renovate), behind the three-car garage, behind the semi-circular driveway hides a sanctuary.

Here, there's respite for injured or rescued wildlife-and respite for the humans who tend to them. Here, you walk down the path and into a gentleman's farm, with green pasture, roaming animals (domesticated and rehabilitated) and a gentle Lab to guide you. Keep walking and you'll reach the barn-a barn that is not only home to recovering animals and everything they need but also, eventually, home for Joe and Julie.

The 5,200-square-foot barn-designed by architect Scott Fiorentino of Fiorentino Group Architects in York, Maine, and built by Joe and his talented team of professionals-features a woodworking shop on the lower level, eight stalls and a greenhouse on the ground floor, hay storage in the upper two-thirds of the building, and an 800-square-foot apartment overlooking the three-and-a-half-acre property.

The barn's style represents Joe and Julie's lives: rustic, yet modern. "The barn is totally unique compared to any other barn in the area," Fiorentino says. "It reflects Joe and Julie's personality so well. One night, you can find them enjoying a beautiful restaurant. The next morning, they'll welcome you in their boots and jeans, with mud up to their arms, totally loving it!"

With the post-and-beam barn designed and built as it would have at the turn of the nineteenth century, the rustic element of its design was certainly covered. Bringing in the modern took a little creativity.

"The living quarters were originally designed for a caretaker," Fiorentino says. "But Julie quickly fell in love with the space, and we brought it up a level to be more finished."

The open-concept apartment has areas for relaxing, dining and sleeping. "What really delineates the space," Fiorentino says, "is the raised dining area. The surrounding living and sleeping spaces are down a few steps. The half-walls bring a visual break and the cathedral ceilings make sure it doesn't feel tight."

Joe-whose firm, Tucker Associates Building Contractors, builds high-end homes-took pleasure in the details. "For me, it's hard to say 'good enough,'" he says. Instead, he points to the craftsmanship that he so admires and the gadgets that make the space user-friendly. "Everything is custom built," he says, pulling out drawers and opening cabinets. "Hear the quiet hinges? Nothing sticks."

He's thrilled with the audio-video components, and the efficient office setup that doesn't intrude in the living space. Not to mention the remote control that makes opening and closing the window shade on the six-foot window easy.

Julie, well, she has her own favorites. For her, it's the open, modern, clean feel of the space. And the reading nook tucked above and between the bedroom and kitchen-a place she can go and relax while Joe enjoys his music.

The harmony balanced by differing opinions and tastes is a rehabilitation case in itself. One reached by a husband and wife who were willing to listen to each other and an interior design/"mediation" team that brought it all together.

"Julie had vision; Joe had vision. We made the two come together and the space work for the both of them," says interior designer Michael Cebula of Cebula Design Fine Interiors in Newburyport, Massachusetts. (Elizabeth Nelson of Cebula Design also worked on the project.)

Starting with raw space, Julie wanted to convey the inspiration and colors she saw in "a vase and a pile of wheat." Joe-who thrives on woodwork-was more than a little hesitant to cover all that wonderful craftsmanship with paint.

"The colors were easy," Cebula says. "We could pull the eggplant and green colors from the vase, with some yellows. But what was harder was finding the right amount of paint. We had to be careful because Joe loves the wood."

That's when the team added painter Mark Newton. "With a dragged glaze finish," Newton says, "I use brushes to whisk the glaze back and forth to get a random, rough and vertical texture. The technique brings together decorative painting and straight painting skills. It's a good balance when you're painting wood but you want it to still look like wood."

As a result, the unpainted fir on the kitchen ceiling stands out in a way that it wouldn't if all the woodwork were left untouched. "The green ceiling in the living area contrasts well with the wood in the kitchen," Joe says.

The Tuckers, too, are thrilled with the results. "It's just incredible," Julie says. "I like it better out here than in our house!"

Home away from home

For Julie and Joe, there's plenty of planning that goes into each day. As one of twenty-five licensed wildlife rehabilitators by the state Fish and Game Department, the couple never knows exactly what's coming their way.

But they are ready. From his woodshop, Joe has built about twenty pens on their property, and each home away from home for a variety of animals is outfitted with ponds or pools, fauna for shade and roosting, and natural grasses for lounging.

In the five years they've been involved in wildlife rehabilitation, Joe and Julie have aided rabbits; mallard, black and wood ducks; homing pigeons; owls; hawks; squirrels; Canada geese; turkeys; small mammals, including raccoons and skunks; songbirds; and whatever else found its way to their property. That's in addition to the permanent domesticated residents: Elliott, their eight-year-old Lab; goats; chickens; a swan; Bantam poultry; quail; and a golden pheasant, who moved in first as a rehab case but opted not to leave.

No matter what animal arrives, though, Joe and Julie aim to help it return to its natural habitat. Doing so requires Julie to first understand the animal's immediate needs. And even with all their experience and training, Julie and Joe regularly turn to professionals for guidance, specifically Dr. Michael Schafer of Sagamore Animal Hospital in Rye. (Joe says Dr. Schafer has been indispensible to their work, as he donates his time and is always available.)

With Schafer's diagnosis and treatment plan in hand, Julie gets to work. "Some of the animals are so small," Joe says, "they can't even eat on their own. Julie can't just give them a bowl of food or water-or even formula-and walk away. Often, they need to be fed by hand every few hours."

And that's where the multiuse barn comes in. "It's so much easier to do the 3 a.m. feedings," Julie says, "when I can just go downstairs-even in my jammies!"

Each stall is fully equipped to handle whatever animal comes in. And several stalls are outfitted for specific animals. For example, one houses the birds and has tree limbs, evergreen stumps and tightly wired "windows" to let the outdoors in without letting the birds out before they are ready.

Finally, Julie and Joe work to locate the right environment for release. For some animals, their human caretakers return a few times in the following days to make sure the animal is adjusting. And then one day, it's simply gone-and Joe and Julie's work is complete.

"Some people wonder why we bother to bottle-feed a skunk," Joe says. "'Why don't you just let nature take its course?' they say. But we see it as living with compassion. You'd be surprised by the number of people who just can't ignore a suffering creature. People will drive fifty miles to drop off a baby robin or chipmunk."

"We know there might not be a happy ending. Some animals might be hunted or die, even with our help," Julie says. "But at least we know we gave them a second chance."