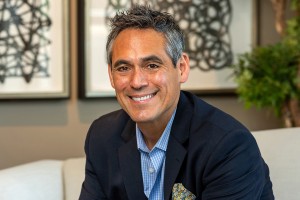 As I write this, my office is one of a last few intact bastions in our facility, which is being rapidly dismantled by a crack team from NewVo Interiors for reassembly in the Waumbec Mill building, a few blocks down from our current space in Manchester’s historic Millyard. I came in this morning intending to finish this column immediately. I’d promised it to our art director a couple of days ago and we’re shipping the issue tomorrow. Instead, I spent an hour helping relocate some computers that need to be up, running and connected to the network for remote access, despite no longer having cubicles to live in. I got on the phone with IT. I triaged email, which had piled up over the last two days of move-related hubbub. I checked in and got my marching orders from our operations manager and digital manager, who between them have spearheaded the massive amount of effort and coordination it takes to clear out an unduly large space that has been accumulating detritus for more than 20 years.

The day the company moved into this space is seared into the national psyche: Sept. 11, 2001. I was on my first tour of duty with the organization (this is my third go-round), working as a very early online editor for McLean Communications and The Telegraph in Nashua — both owned by the same company back then. While many of my McLean colleagues were gathered around a television with rabbit-ear antennas in this then-new space at 150 Dow Street, I was at The Telegraph in Hudson, redesigning the front page of the website and updating it all day and long into the night with news of the attacks and their aftermath.

Our team, the McLean Communications team until the end of August (thenceforth simply part of the Yankee Publishing, Inc. family), gathered yesterday at the end of the day to reflect on the passage of time, the many people who have come and gone (and sometimes come back!), the changes in the world, in technology, in publishing, that have happened since that strange and terrible day. Many of the people on the team are new and heard the stories for the first time. Many had been there that day, and the decades following. It was a moment of bonding and connection, a passing on of culture and lore.

And it was bittersweet. Moving always is. I’ve moved homes plenty in my personal life, and been a part of two full-scale office moves now. Whether you want to see it metaphorically or literally, some piece of each of our spirits imprints on the places we spend time. When we move, we leave something behind while simultaneously gaining new possibilities and perspective. It is the pain of the small death always required by growth.

Our team is excited about this move; about the new space, about the outlook for New Hampshire Home and all of our publications, events and custom publishing and marketing projects. We’re excited to be fully adopting the name Yankee Publishing, Inc. as our own — a long time coming since McLean’s purchase by Yankee ten years ago. And yet… goodbyes are hard.

Which brings me at last to the reason I’m writing this column instead of Home’s editor, Erica Thoits. We bade farewell to Erica at the end of June, wishing her the very best on a new career adventure, and thanked her with deepest gratitude for her work on Home over the past few years and New Hampshire Magazine and other publications since 2005, when she joined the company as an intern. I’ll be introducing a new editor to you soon, but for today, I want to finish by thanking her again for her contributions to this magazine and all of our products over the years.

Even in seasons of great change there are constants, reflections of the eternity written on the human heart: friendship, family, home — things that have less to with exactly where your desk or your house is situated at any given moment and more to do with where your heart is in relation to all moments.

Categories: From the Editor

The Art of Creating a Home

Nice to Meet You