The evolution of a notable landscape

A grandson and his wife brought new life to the turn-of-the-twentieth-century landscape of Charles Adams Platt, who designed many of the Cornish Colony’s most distinguished homes and gardens, among other notable commissions throughout the country. 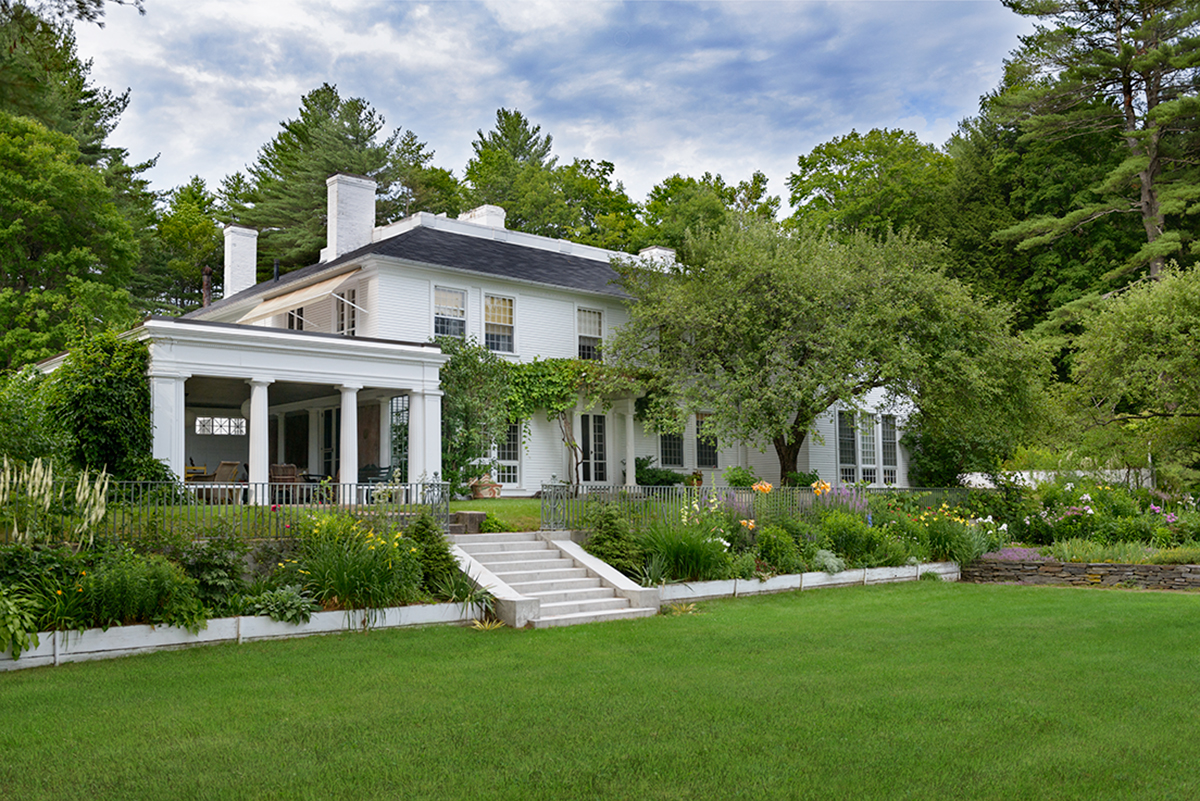 The garden retains the formal Italian layout. The border is filled with plants that were favorites in Cornish Colony gardens and provide continuous bloom throughout the summer. The lower terrace that was once filled with flowerbeds is now a grassy lawn used for recreation and entertaining.

In the summer of 1885, Augustus Saint-Gaudens put the bucolic town of Cornish on the map, for all intents and purposes. The sculptor, who later became known for his magnificent design of the U.S. $20 gold coin, was invited by a friend to rent an inn in Cornish to work on what would become his famous statue of Abraham Lincoln. Captivated by Cornish’s pastoral beauty—which drew other artists, including landscape architect Charles Adams Platt—Saint-Gaudens then extended an invitation to his etching teacher, Stephen Parrish. Both wound up building summer homes in Cornish, and Parrish’s son Maxfield, the painter, moved nearby a few years later. Eventually this circle of friends grew to a community of nearly eighty with similar interests in literature and art, and became known as the Cornish Colony.

The statue in the shade garden is a copy of one from Italy and came from Charles Platt II’s parents’ garden. The raised beds and fence are from the original garden.

Charles helped define the style of gardening in Cornish, recognized as one of this country’s most beautifully landscaped towns in the early part of the twentieth century. His style blended Italian classicism with English-inspired perennial plantings. Houses were closely connected to gardens; indoor-outdoor areas framed the view; gardens were laid out on axes, bisected by brick paths; large terra-cotta pots and statuary were strategically placed in the garden.

Charles, who was born in 1861, went to Paris to study painting. He turned his attention to landscape architecture and architecture in 1892 after traveling to Italy with his brother William, a landscape architect and apprentice to Frederick Law Olmsted. Charles fell in love with Italian villas and gardens, and in 1894 published his book, Italian Gardens, which included his extraordinary photographs. The book has had such appeal to later American landscape designers that it was reissued in 2010.

At the invitation of artist Henry O. Walker, Charles arrived in Cornish in 1889, and during the next year purchased land and built a studio. He soon received commissions to design homes and gardens nearby.

Read more about the history of Saint-Gaudens National Historic site and the artwork and sculptures displayed there.

A few years later, Charles met Eleanor Hardy Bunker in Cornish, and they married in 1893. (Two of their five children, William and Geoffrey, would become architects.) The couple lived in New York City, where Charles maintained a busy architectural practice; his commissions included numerous homes and grounds, MIT’s Endicott House, the Smithsonian Institution’s Freer Gallery of Art, the Leader-News Building in Cleveland, and buildings for Connecticut College, Deerfield Academy and Phillips Academy, among others. Charles served on the U.S. Commission of Fine Arts and was president of the American Academy in Rome from 1928 until his death in 1933.

In Cornish, where the family summered, Charles built a Colonial Revival-style country home and a garden inspired by what he’d seen in Italy. Although the house looks naturally nestled in the hillside, the site—a rocky pasture with no slope—required a lot of work.

Charles and Eleanor’s grandson Charles A. Platt II (son of William), also an architect, says his grandfather “sculpted the land. His design is brilliant because of the terracing.” 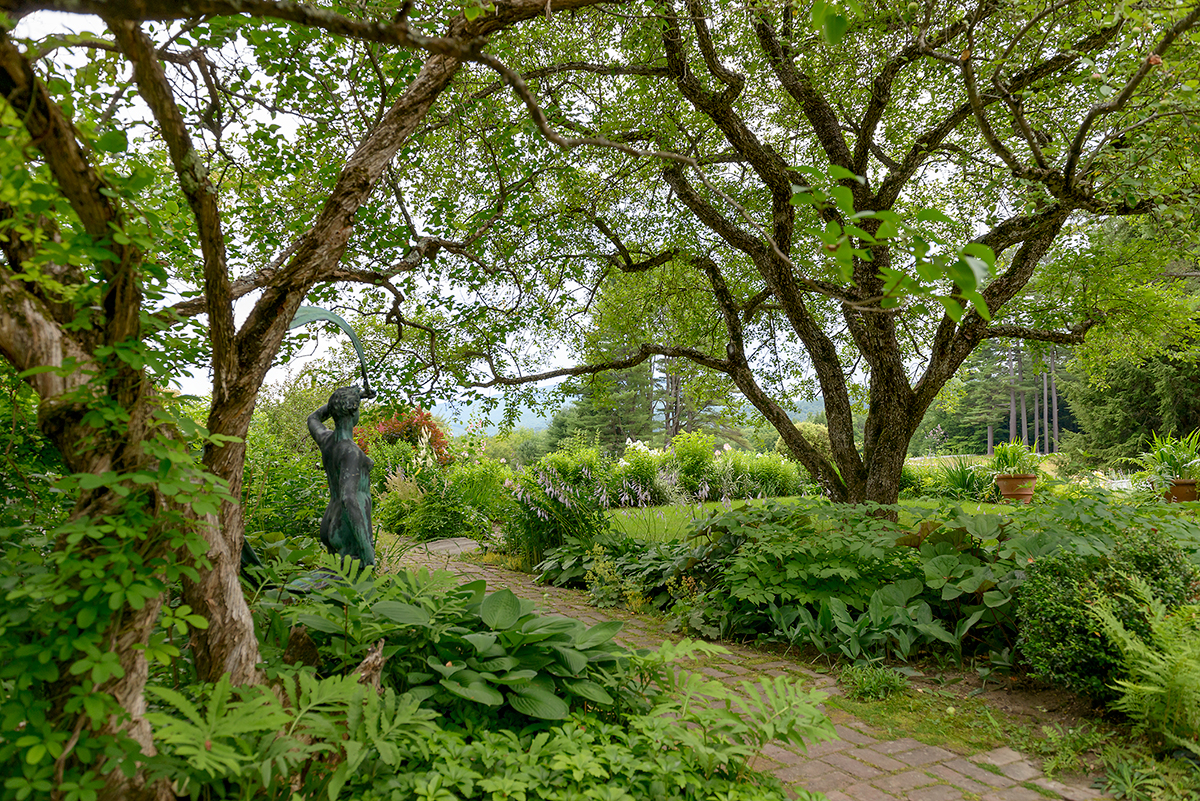 Ferns, hosta, lily of the valley and pachysandra grow in the shady end of the garden. A hardy akebia vine grows up the trunk of the lilac to the left. The brick pathway is from the original garden.

Charles II says that around the turn of the twentieth century, his grandfather hired a contractor who brought a team of horses and equipment from New York to New Hampshire to grade the land. The house was sited on an east-west axis; from the house is a main axis that leads one level down, where the garden is, and then down to a sweeping view of the Connecticut River Valley. “At one time, you could see the church steeples across the valley in Windsor, Vermont,” Charles II says. Nearer to the house was a magnificent grove of 250 pine trees, until the 1938 hurricane toppled most of them.

Although Charles designed the architecture of the garden, it was Eleanor who selected the plants and arranged them. “My grandmother had lots of books on gardens and definite ideas on how they should be planted,” Charles II says. “These gardens were a wonderful combination of formal Italian layout and generous English plantings.” There were four beds in the lawn area, and by mid- to late-July, the beds were full of color and texture, with the tallest plantings in the centers.

Lilacs still surround the house, and Charles II remembers their scent when, as a child, he visited his grandmother after the school year ended. “It was wonderful,” he says. He also remembers following her as she deadheaded and moved plants around. “I enjoyed working with her, taking clippers to irises and other plants when their blooms faded.” 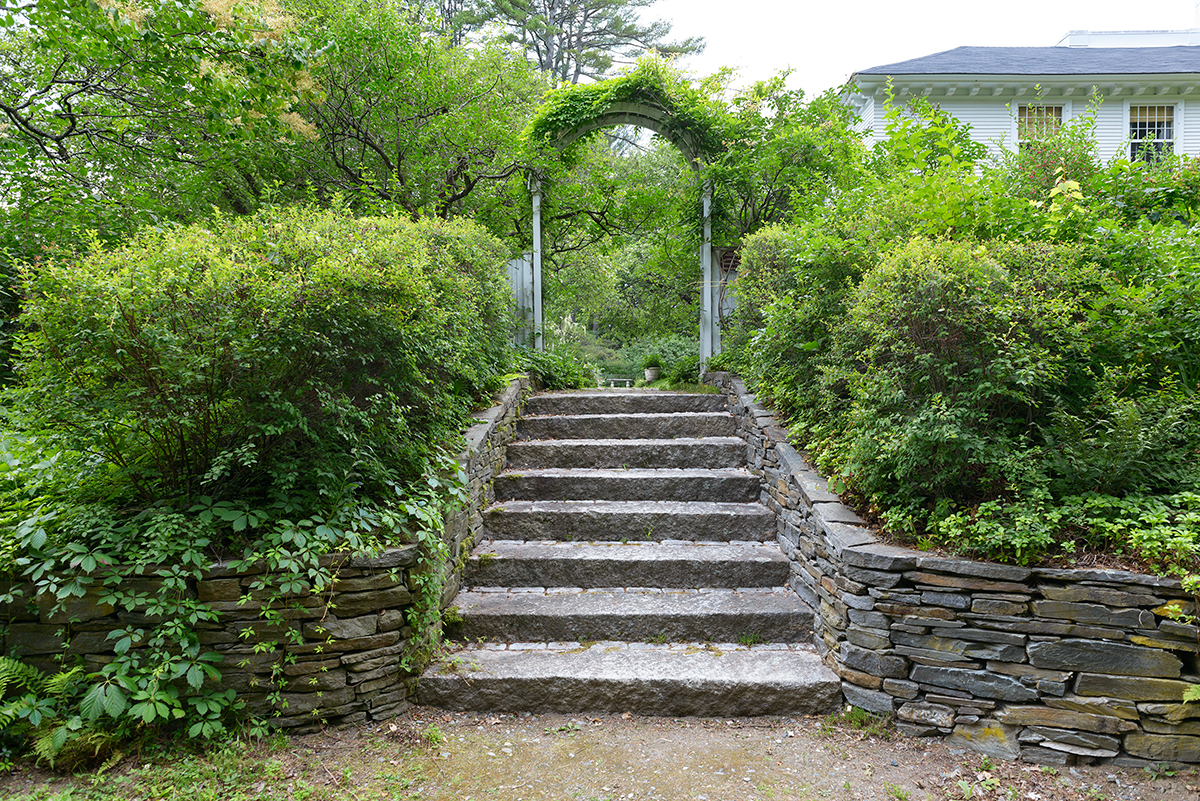 The stone walls and the steps leading up to the house and garden were designed and built by Charles Adams Platt.

Charles II continued to visit his grandmother year-round, when he was a student at Phillips Academy and then at Harvard College for his undergraduate studies and post-graduate studies of architecture. Today he is a consulting partner at Platt Byard Dovell White Architects in New York City, a firm he founded in 1965. “One of the bases of our practice is doing new architecture that fits with historic architecture,” he says. The firm is renowned for its award-winning contemporary additions to historic buildings, and its projects in New York City include the New 42nd Street Studios, the Park Avenue Armory and the 57th Street headquarters of Chanel, Inc., among others.

The third generation of stewardship

After Charles’s death in 1933, Eleanor lived in Cornish full time from 1936 until her death in 1953, after which gardening was reduced to a minimal caretaking until Charles II’s wife Joan and cousin Judy Platt began spending summers in Cornish with their children. “That’s when we began fussing with the garden,” Joan says.

From visits to the nearby Saint-Gaudens site in 1992, Joan met Bill Noble, who was working on that garden’s rehabilitation. Based across the Connecticut River in Norwich, Vermont, Noble was (and remained, until 2013) the director of preservation for the Garden Conservancy in Cold Spring, New York. He traveled throughout the country to identify and preserve exceptional gardens, and also worked with owners and advocates to develop strategies to preserve gardens as public spaces.

For Joan, who works as a potter in New York City, meeting Noble was a match made in heaven, and she asked him for help in revitalizing the Platt garden. “Bill knew what should be in the garden—he knows everything!” Joan says. “Our goal was reviving the garden but not restoring it. To do that, we’d have to enlarge the garden, as the lower terrace was filled with flowerbeds in Charles and Eleanor’s day. Now it’s a grassy lawn we enjoy using for games or parties. Also, we didn’t want to create too much more work.”

Noble started by pruning the barberry hedges, to get them back in scale so they wouldn’t “steal” room in the beds. This made room for planting perennials. Then he removed some of the existing plantings, which included an abundance of day lilies; refreshed the soil; and planted summer-flowering perennials to create more colorful interest in the garden and a longer bloom season.

“My intent was to have the most visual interest in the summer when the family was there,” Noble says.

He chose plants that were favorites in the Cornish Colony gardens, such as peonies (of which there were many in the Platt garden), bearded iris, phlox, delphiniums, Oriental lilies, monkshood, hollyhocks, cimicifuga, hostas as well as other day lilies. “I also left room for annuals, especially during the first two years when the perennials were filling in,” Noble says.

Joan says the architecture of the garden—the terraces, retaining walls, fences and steps—has stayed the same. “The grassy area has become the best place for tossing baseballs and footballs, and has plenty of use,” she says. “It’s also a wonderful place for entertaining—we’ve had many milestone birthdays for the family under a tent and even several weddings.” 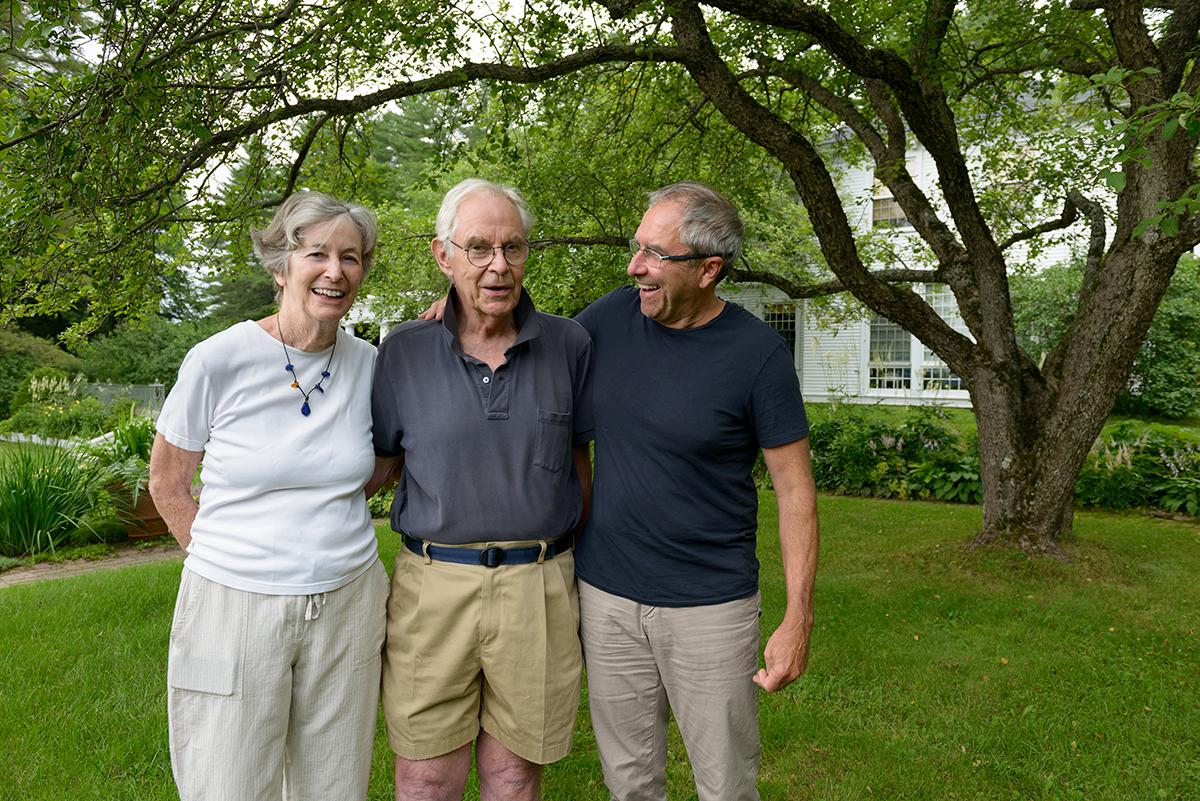