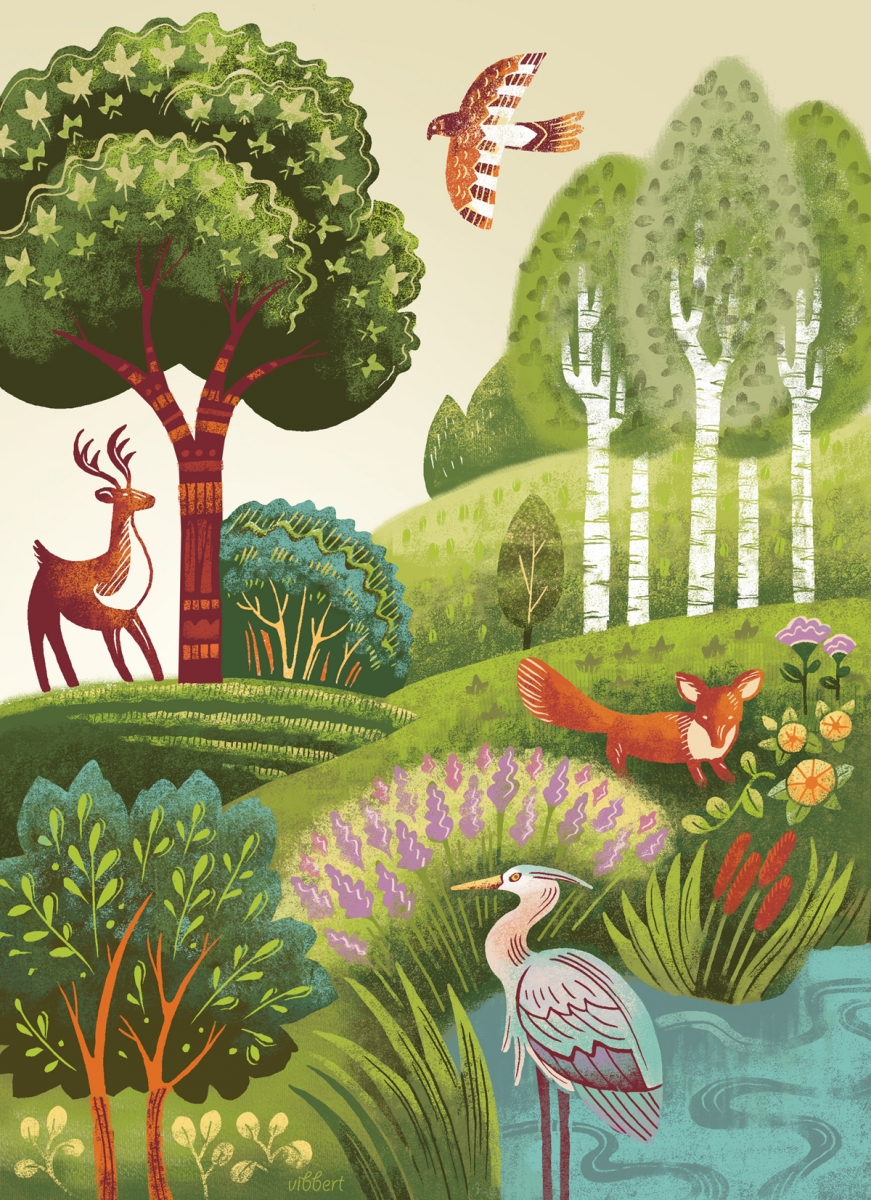 On a spring day a few years ago, my husband and I went walking the trails in a wildlife management area near our town. The area is a bit overgrown, a place frequented by hunters in the fall. The meandering trails that skirt fields and ponds and wind through thickets of birch are not mowed, and by mid-summer the grass is up to our knees. We seldom meet anyone in this quiet refuge, a refuge for us—and for the foxes and deer and great blue herons who make it their home.

We had been walking the trails for an hour and were headed back to the car when a hawk flew over us, in the open space between the trees. The bird was low, just above our heads. We recognized this was not one of the common raptors we would expect to find here, like a red-tailed or cooper’s hawk. The bird’s powerful body, pointed wings, and shape in flight suggested something else. The light underside and gray back confirmed it: a northern goshawk. My husband and I spend a lot of time birdwatching, and this hawk, described as a “cruel beauty” in a bird guide, was one we had seen only a few times before. We watched in awestruck excitement as the bird glided away, departing as silently as it had arrived. If we hadn’t glanced up, we would have missed it.

When that hawk flew over, I was lifted out of human time and reminded of another kind of time. Birds live by the seasons—just as the perennials in our gardens and the bees who feed on the flowers live by the seasons. They are faithful to nature’s time, not human time. Being in their company puts us in touch with ancient rhythms of migration and return, cycles of rebirth that have existed for eons. Our human strivings and petty complaints, our acquisitive needs, bow before the constancy of these living things.

Being close to the birds, in places where human impact is momentarily erased, is an anchor and comfort for me more than ever now. I imagined when I was younger that reaching my fifties or sixties would mean achieving some sort of status quo. I would have made it, whatever that meant. I would have arrived at a settled state, my understanding of myself and the world fixed by virtue of age and experience. Now that I have reached an age I once thought unimaginable, I know that the only fixed thing is change, whether it comes as galloping advances in technology, the unpredictable shifts in jobs and routines, or the unexpected deaths of friends and family. The one constant, the one thing of which I can be sure, is that I cannot be sure of much. The hawk soaring overhead tells me that beauty will exist with me or without me, and this, paradoxically, is reassuring.

My husband and I have returned to the wildlife area many times without seeing a goshawk again, but we know the bird, or its descendant, may be there somewhere, hidden in the trees. Startling and unexpected, the appearance of such a bird is like a bell sounding, asking us to pay attention to other ways of being and the deeper knowledge nature has to impart. As the birds and pristine areas of wilderness we love come under increasing threats due to our human footprint, we are called to treasure and protect them. But so often I feel it is the wilderness that protects me and teaches me to treasure what is best and most enduring in myself.