A bowlful of cherries

This all-around star of the summer garden is a perfect ingredient for the main course, salad or dessert 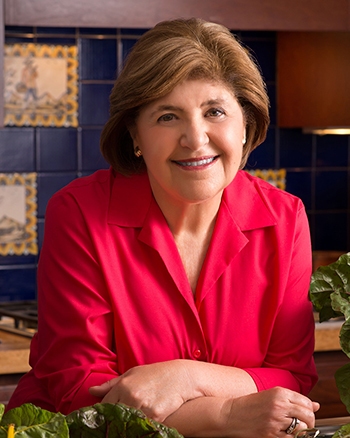 Acouple of years ago, my husband decided that we needed some cherry trees, so we planted Queen Ann and Bing varieties with great anticipation of a bountiful crop to come in around the Fourth of July, which for me always signaled that cherries were in season. I also know that I have to be diligent and aware that cherry season is as fleeting as a feather in the wind.

The first year, we saw lots of growth but few cherries. The following year, the trees finally got serious, and plump-looking cherries started to take shape, hanging from the tree limbs on thin stems. I calculated that in a couple of weeks, I would be harvesting the first of many homegrown cherries. On the appointed picking day, I made my way up the hill, basket in hand with visions of munching on a bowlful of cold cherries on the back porch later in the day.

Horror! The trees were bare with nary a ripe cherry to be had. The birds had kept better watch than I had and kindly left me the unripe ones along with the pits from the ripe ones they had enjoyed. This was war! My solution was to cover the trees with fine, green-mesh bird netting, which I reluctantly did because it ruined the look of the trees. Plus, by this point, most of the fruit was gone.

As the days passed and cherry season with them, I managed to salvage a woeful bowlful. I vowed that next year would be different. I would be smarter than the birds—that would mean planting enough cherry trees for them and me!

There are two types of cherries: sweet and tart. The tart varieties are easier to grow. Tart cherries are used for baking, especially for the ubiquitous cherry pie and for making preserves. Sweet cherries, like the old-fashioned Bing cherries, aren’t as disease-resistant as tart cherries but are the cherry of choice for most people.

Have some fun this summer in the kitchen experimenting with cherries. They make a great sauce for poultry and pork, and they are an eye-popping addition in a summer salad. For an easy, sweet confection that can double as part of a summer brunch or a standalone dessert, a French cherry clafouti—which is traditionally made with black cherries—is hard to beat.