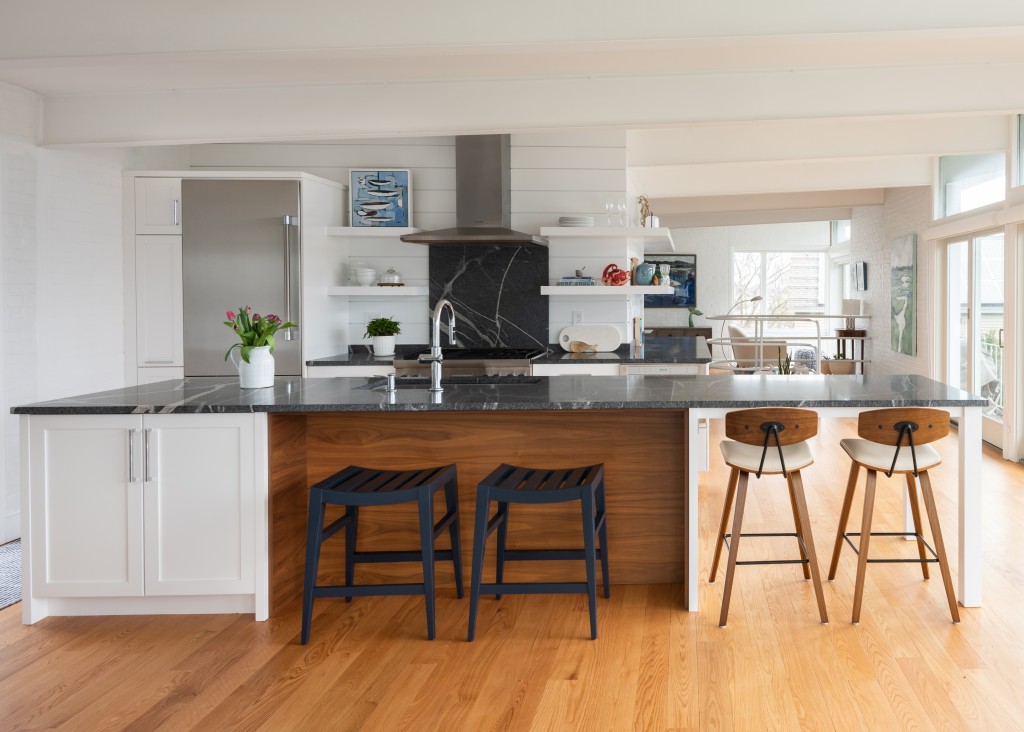 An inventive renovation brings a beachy California feel to a coastal New England kitchen, with an open floor plan that expands and connects the space, while creating striking ocean views from the wall of windows and deck.

“He wanted to make the kitchen a very friendly place for his adult children to come back and have meals and holidays, and to cook together,” says Durling.

To add much needed light to this three-story “upside-down house,” Durling replaced a bulky double oven with open shelving. She placed the range on the wall, then moved the sink to a 10-foot island and added seating. Wall cabinetry extends around the corner.

The backsplash, from EleMar North in Lowell, Mass., features honed granite with white seams. Ripano Stoneworks in Nashua avoided the need for a crane to hoist the slabs upstairs, opting instead to carry them.

A small bar refrigerator provides room for storage and to display artwork.

The client’s recommendation to use shiplap on the wall reflects their casual, relaxed style.

“I really love the way it came out. It keeps it trendy,” says Durling.

The upper deck of the kitchen now reveals broad views of the Atlantic.

“No matter where you’re standing in that room, all the windows have water views. It’s really amazing. It has a very beachy California feel. But it’s still very much a New England home,” says Durling, adding that it feels like the renovation has always been there.

“It doesn’t look like, ‘Oh, he had his kitchen redone.’ It just looks like, ‘Wow, this is a beautiful home.’”

Durling enjoyed every minute of this kitchen renovation.

“A wonderful client, a wonderful builder. The project went off without a hitch. It was a delight,” says Durling.

Durling also praised Bob Gray Construction in Rye  and Jen Myers with Weekender House in Portsmouth for their efforts. 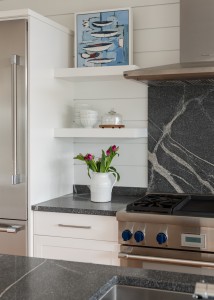 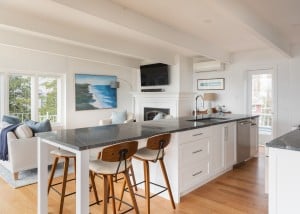 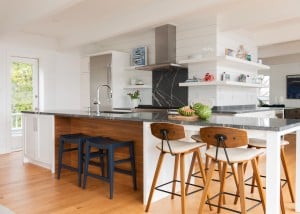 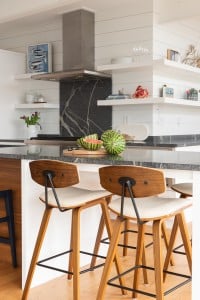 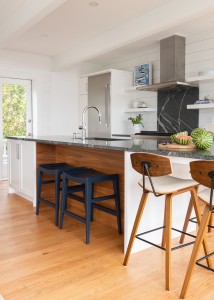 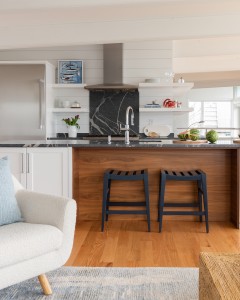 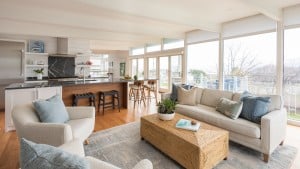 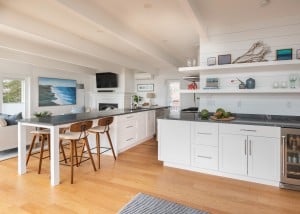 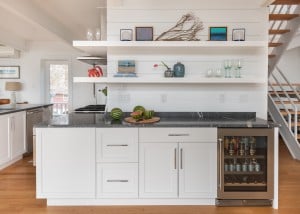 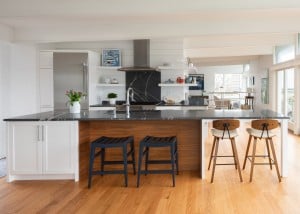 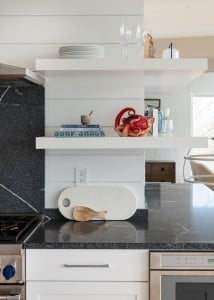