Recipe for a Mother's Day brunch

Treat Mom, or another special woman in your life, to delicious meal made by you! 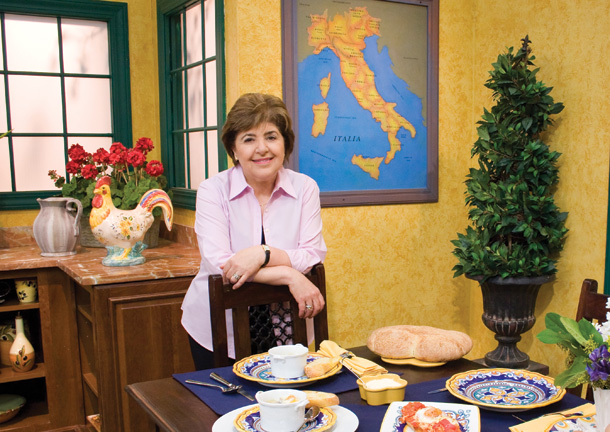 Today's expressions of love for our mothers take many forms: cards; flowers; a nice brunch or dinner; or a simple phone call to say, "I love you, Mom." But did you ever stop to think about the origins of Mother's Day?

Civil War activist and Boston poet Julia Ward Howe, who wrote the words to the "Battle Hymn of the Republic," was the first person to suggest a day honoring mothers for peace. She believed that mothers suffered more than anyone else from the tragic loss of human life due to war, and she had a very personal reason for wanting recognition for mothers: her own had died when she was merely five.

Howe's passionate anti-war sentiments led her to draft a Mother's Day Peace Proclamation with the intent to honor peace, womanhood and motherhood. Unfortunately she failed to get an established annual observance of a Mother's Day for Peace. But the fact remains that she paved the way for the observance that we celebrate today. In recognition of her effort, the U.S. Postal Service issued a stamp honoring her in 1988.

Those who followed Howe and took up the idea of a national observance of Mother's Day included Anna Jarvis, recognized today as the true founder of Mother's Day. A schoolteacher who was born in West Virginia in 1864, Jarvis was not ashamed to proclaim at church services: "I hope and pray that some­one, sometime, will found a memorial mother's day. There are many days for men but not for mothers."

Her daughter, also named Anna, took up the cause and, in 1905, began to lobby important businessmen and even Presidents William Taft and Theodore Roosevelt to support the idea of creating a special day for honoring mothers. In 1908, she began the custom of handing out her mother's favorite flower, a white carnation, to honor all the women of her church. Her persis­tence paid off, and in 1914, President Woodrow Wilson signed into law a bill establishing Mother's Day as a national holiday.

It goes without saying that all moth­ers should be cherished and honored not just on Mother's Day but each day for the many ways they have nurtured us, helped us grow, shared our dreams and disappointments, and loved us unconditionally. Why not show that appreciation in a special way and treat Mom, or another special woman in your life, to a Mother's Day brunch made by you! Then you can savor together what the day means to you. 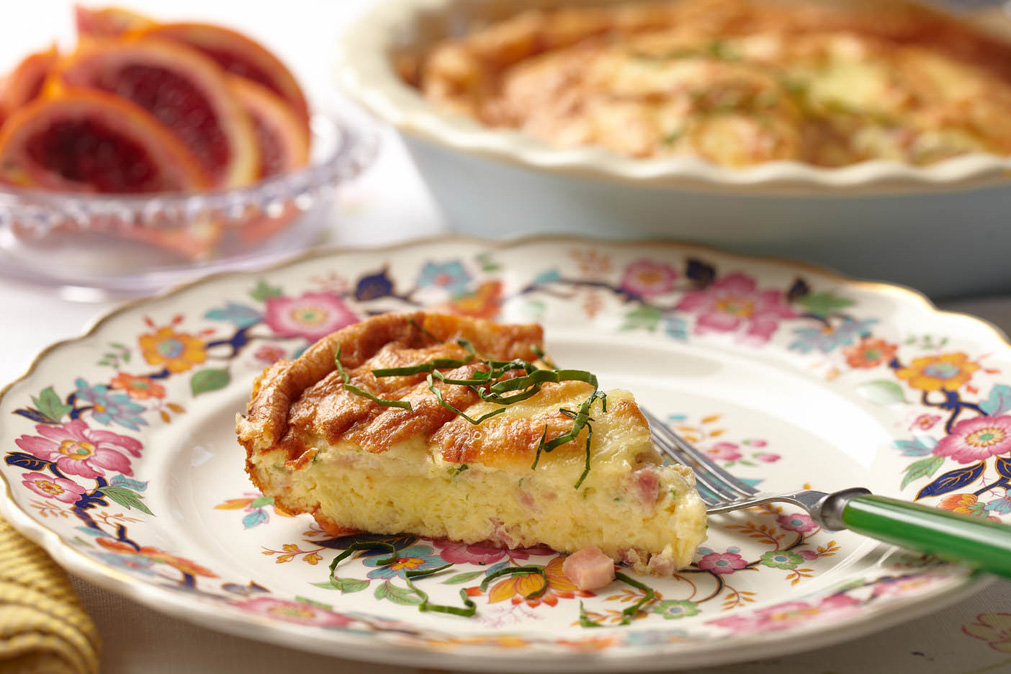 Keep it light for a Mother's Day brunch, and make this springtime crustless quiche.

1. Preheat the oven to 350ºF. Lightly butter a 9-inch pie pan and set aside. In a bowl, whisk the eggs, cream or half-and-half, nutmeg, thyme, tarragon and salt until well mixed. Stir in the cheeses and ham.

2. Pour the mixture in the pie pan and place it on a baking sheet. Bake for 30 minutes, or until the custard is set and golden brown. Serve warm cut into wedges. 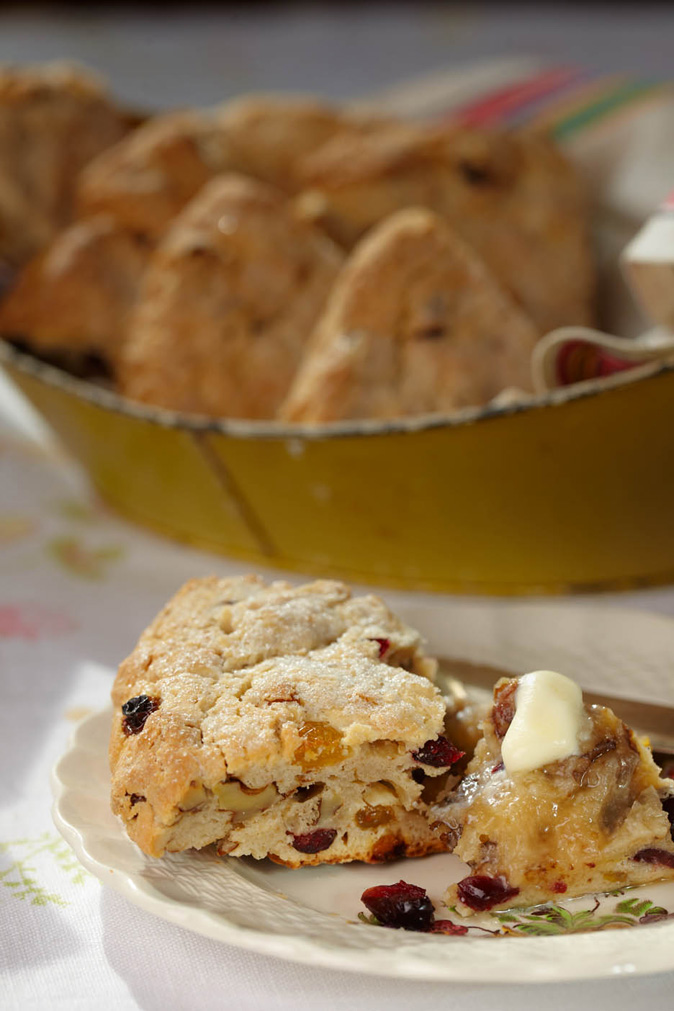 Sweet buttery scones are perfect for a Mother's Day brunch. Keep in mind that the best scones have the least manipulation. Over-mixing causes them to be tough instead of tender. It is best to mix the ingredients by hand and only until blended. Mix the dry ingredients first, and remember to measure the flour correctly by lightly sprinkling it in a dry one-cup measure and leveling it off at the top with a butter knife.

1. Preheat oven to 400ºF. Mix together the flour, baking powder, salt and ¼ cup sugar. Add the fruit and walnuts.

2. Use a fork to mix in heavy cream, half-and-half or sour milk. Mix just until a rough mass of dough forms. Knead the dough a couple of times on a lightly floured surface to smooth it out.

3. Line a baking sheet with parchment paper and transfer the dough to the baking sheet. Pat the dough into a 10-inch circle. Brush the top with the butter then sprinkle evenly with the remaining sugar. With a knife, score the top to create 8 equal wedges.

4. Bake for 15 minutes or until golden brown. Separate the wedges and serve warm with jam or butter. 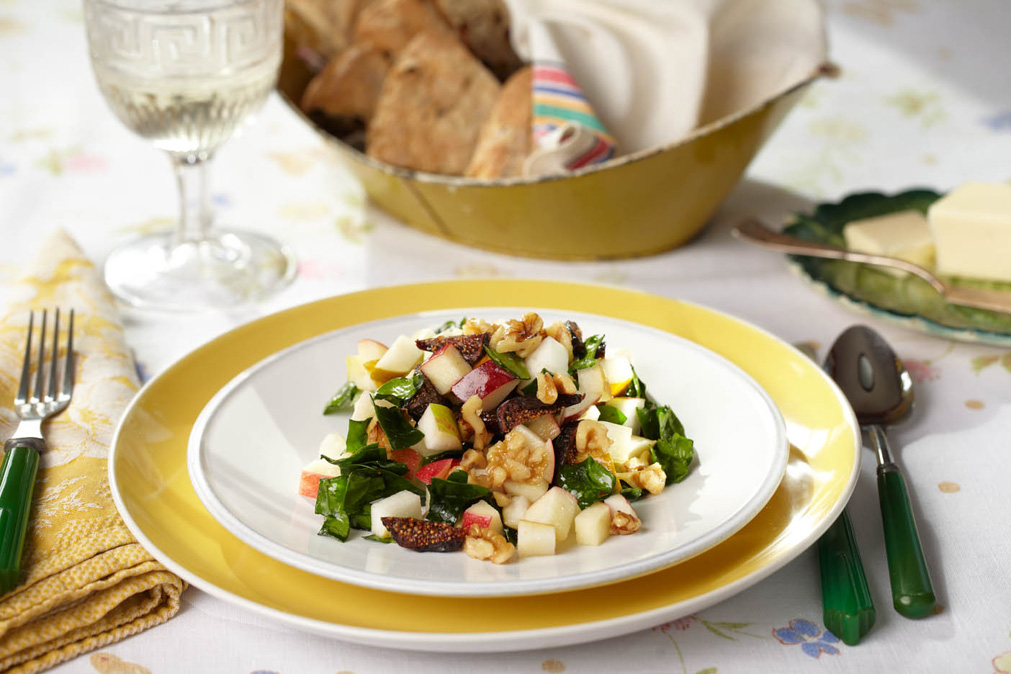 The French use sorrel to make soup, but I use it all spring and into the fall as part of Mediterranean-style salads, such as this one that is perfect when combined with fruit. The spinach-like leaves have a decidedly lemon flavor that bursts into a refreshing taste. If you can't find sorrel, substitute spinach and add a squirt of fresh lemon juice.

1. Combine the sorrel, apples, pear, figs and walnuts in a salad bowl.

2. In a small bowl, whisk the olive oil, vinegar and salt. Pour the dressing over the salad and toss gently to combine well. Serve immediately.