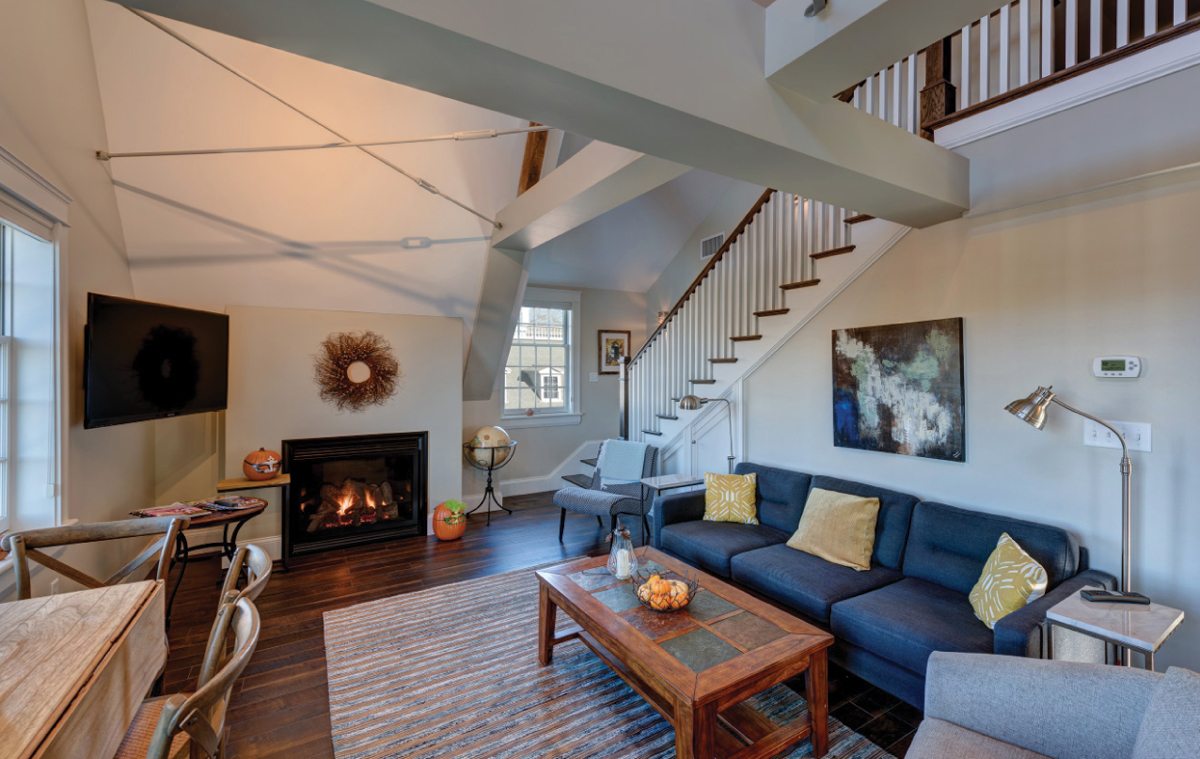 Additions to the historic 1916 Army & Navy Building in Portsmouth were removed to create a paved plaza surrounding the building. The exterior brick was restored and keystones were fabricated from discarded granite discovered on site during excavation. Original windows were carefully restored where possible. Custom iron fencing—modeled after existing historic details—frames new sidewalk planters.

Interior space was converted to six residential apartments, served by the restored original grand staircase and railings. Modern mechanical systems were installed, and the building envelope insulated for energy efficiency. Two new buildings in a complementary style frame a common courtyard, and underground parking was built on site.

Judges said: We like the sensitive restoration of the historic fabric and architectural elements, as well as the building’s entry hall and stairs. This project shows good use of space within existing structure/form, including the loft. The interior design respects historic architectural integrity while being new. 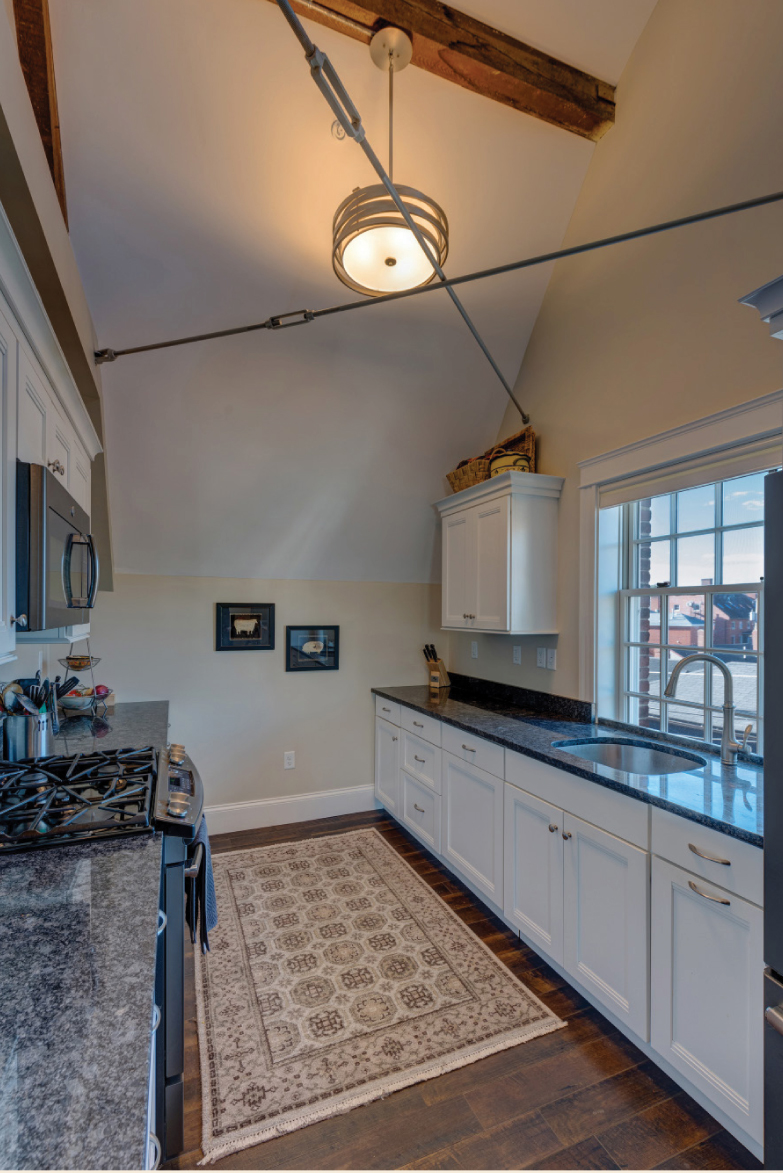