Connect to other cultures by preparing these delicious recipes. 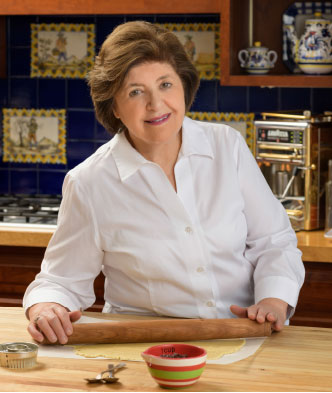 I wonder how many of us know the significance of March 8 for women around the world. Historians say this day—known as International Women’s Day—was born out of grievances by female garment workers in New York City in 1907. The protest highlighted the lack of women’s rights, including the denial of a vote, poor working conditions and lack of respect for women in the workforce. But the movement gained more speed and attention in socialist and communist countries where the outcry for women’s rights was greater. France proclaimed its first Woman’s Day in 1911, followed by Russia, where Vladimir Lenin declared Woman’s Day an official holiday. Spain and China followed suit. After 1945, the name was changed from Woman’s Day to Women’s Day and was celebrated mainly in socialist countries. The United Nations General Assembly officially recognized March 8 as International Women’s Day in 1975, and by 2014, it was observed in over one hundred countries. Purple was the color chosen to symbolize achieving dignity and justice for all women.

Today, this observance has grown into a festival of marches, ideas and recognition of women worldwide who have made an impact. The celebrations take many distinct forms; some of them a bit unusual—in China, men dress in women’s clothing and high heels to climb mountains to express the hardships women face!

In Rome after World War II, Italians started honoring women with bouquets of bright yellow mimosa flowers that bloom in March, and the flower became the symbol of The Festival of Women (La Festa delle Donne).

Food is also central to the day’s events. So why not make the day special and fun by preparing some global-inspired dishes? I like to draw from different cultures and prepare foods using as many typical ingredients as are available. Some options could be Chinese wonton soup, Korean spicy cabbage, English fish and chips, or Irish corned beef. Let’s celebrate the women of the world!