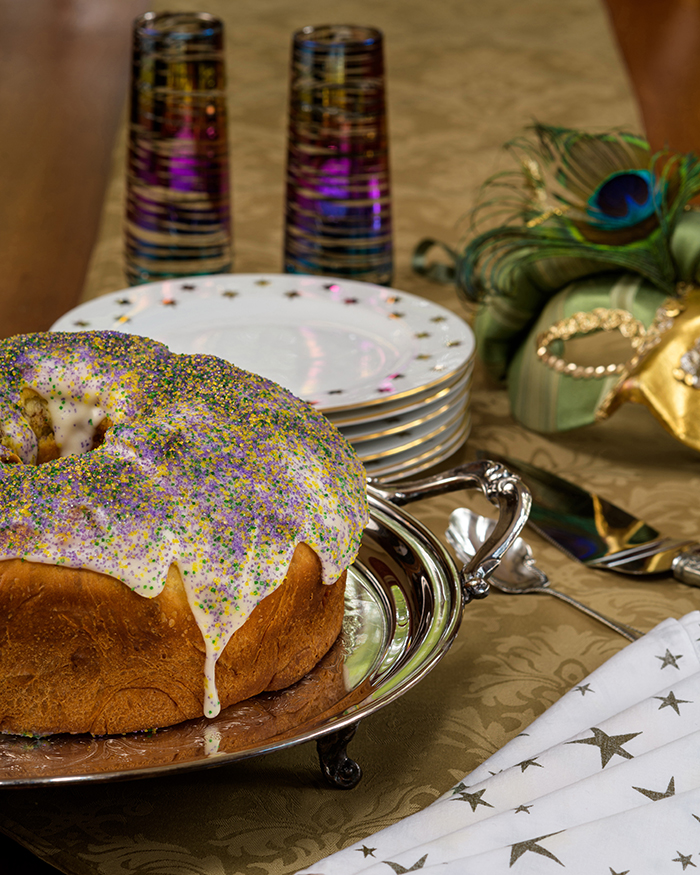 Serving King Cake for Mardi Gras is a tradition in New Orleans that goes back to medieval France and was associated with the feast of the Epiphany on January 6, the day the three kings paid homage to a baby king. This dense yeast cake—flavored with cinnamon and sugar, and formed into a round shape to signify a crown—is liberally decorated with icing and yellow, green and purple sugars. Purple signifies justice, green faith and gold power. These colors were chosen to resemble a jeweled crown honoring the three wise men who visited the Christ child on Epiphany.

In the past, the cake was baked with a small trinket of a baby folded into the dough. Whoever got the lucky slice with the baby was declared king
(or queen) for the day. (Such things as coins, beans, pecans or peas were also hidden in each King Cake.) Today the baby is displayed on top or near
the cake, rather than baked into it.