Designer Kacey Graham, of Boehm Graham Interior Design, says the kitchen is quintessential to inspiring a home’s design. Graham kept that philosophy in mind when designing this Bedford kitchen, which combines creativity and functionality with flair. 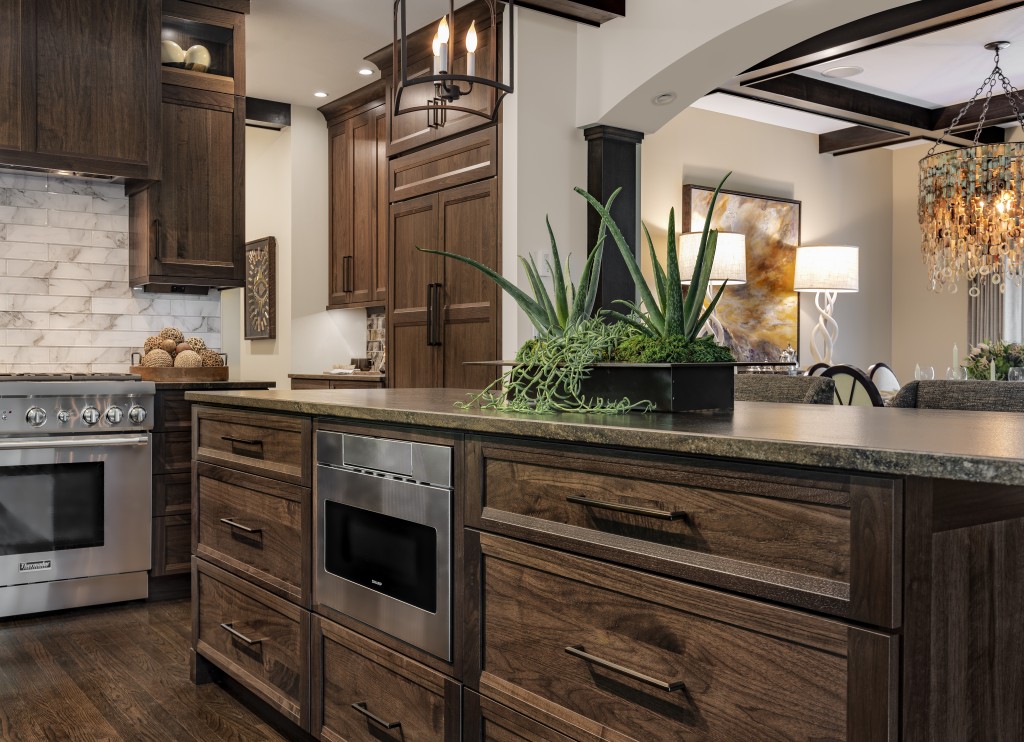 The room, once dominated by heavy drapes and valances, already had a great start.

“While it had a lot of beautiful molding and detail, our goal was to add personalization and take it to the next level,” says Graham.

The client wanted the kitchen and adjacent dining area to reflect their South African roots, and the designer did a beautiful job by embracing several cultural elements.

From those items and others stems a refined monochromatic color scheme of tans and browns. Cabinets in “walnut portobello” provide extra storage space to keep counters empty.

“The palette was deep brown, tans and white. The couple love clean lines and texture, and a restricted palette allows the details to be celebrated,” says Graham.

Within that framework, Graham also played around with textures and streamlined accents to create uniformity between the two areas. For example, a South African chandelier ties the eat-in area with the kitchen.

Creating a clever, space-saving kitchen was another task, and Graham made the small screen a big talking point. Thanks to a
hydraulic lift, the TV hides discretely inside a counter, popping out only when desired.

“When you’re done with it, just click the button, it goes right back down. It’s very functional, very sleek.”

And moving the oven from its traditional spot to a large island allowed the rest of the design to shine.

“It was a pleasure to transform this space with longtime clients and friends,” says Graham. 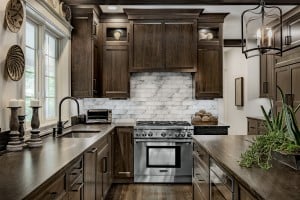 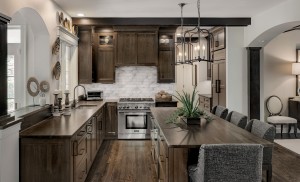 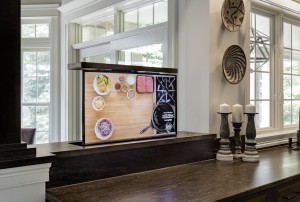 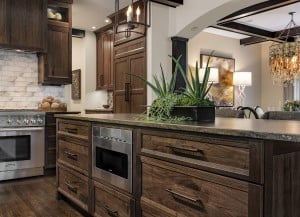 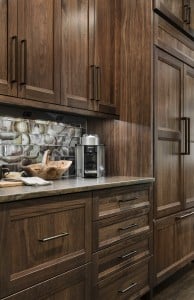 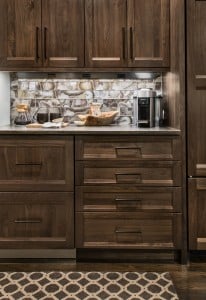 A Labor of Love in Downtown Portsmouth

The Colors of Water