This versatile jewel of the fall harvest is delicious in cake, in salad, with cheese—or all by itself. 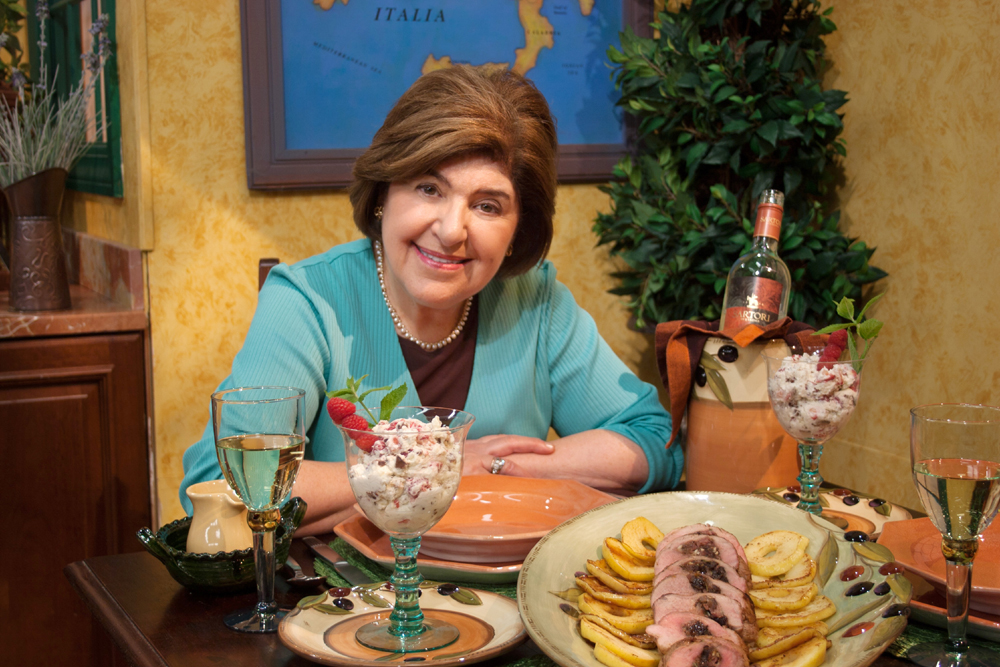 In the endearing Christmas carol “The Twelve Days of Christmas,” the pear tree is immortalized with the lyrics “on the first day of Christmas, my true love gave to me a partridge in a pear tree.”

Pears are one of the oldest cultivated fruits. In The Odyssey, the Greek poet Homer praises the pear as “a gift from the gods.”

The United States is the third-largest pear-producing country in the world with most of the production centered on Oregon and Washington states where ideal growing conditions of rich volcanic soil and abundant water allow pears to thrive. Pioneers who came westward in the early 1800s are credited with introducing the production of pears in the Pacific Northwest, and today, U.S. pears are exported around the world.

With more than three thousand varieties of pears worldwide, northwest pears are said to be similar in taste and texture to the French and Belgian types. The Anjou pear, also called d’Anjou, is said to have originated in Belgium; it is named after the Anjou region in France and is one of the most popular varieties. Bartlett, Bosc, Comice, Forelle and Seckel pears are other popular varieties.

Pears are harvested in the fall while they are still hard to prevent bruising and must be kept at room temperature to ripen. As they do, their color may change from green to yellow to red, as is the case with Anjou and Bartlett.

There is nothing so satisfying as enjoying a perfectly ripened pear with its velvety texture and buttery taste. How do you know when it is ripe? When the skin begins to wrinkle just a bit at the stem end and is slightly soft to the touch, that is the moment to enjoy the fruit—alone, with cheese, or in desserts such as pies and cakes. Ralph Waldo Emerson put it best when he said,

“There are only ten minutes in the life of a pear when it is perfect to eat.”

Pears for eating include Anjou with its mild flavor that goes well with more assertive types of cheeses. Bartlett is my choice when I want a really juicy eating pear, and Bosc, Asian and Comice are great additions to green or fruit salads.

Pears for poaching in wine or fruit juices, such as cider, include Bosc and Anjou because they keep their shape. These varieties are also good for pies and tarts, as are the smaller Seckel and Forelle pears.

The fruit’s versatility for cooking is known the world over. In Tuscany, pears are added to beef stew. In Sicily, they are teamed with fava beans. I love pears in tarts, and poached, and served with soft cheese. Baked and stuffed with nuts, they are a welcome cold winter night dessert.

The best part about pears is that they are available all year long and for pear lovers, that is sheer pear(adise)!