A world without this sweet indulgence is unthinkable! 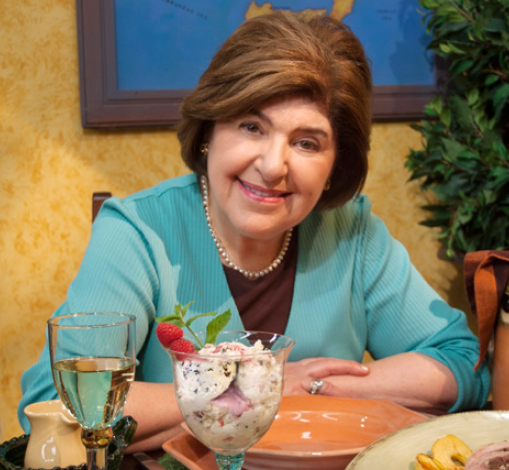 It’s a good thing that July is national ice cream month because—next to patriotism and apple pie—ice cream is America’s most popular treat.

No one really knows who invented ice cream, but the first advertisement for it appeared in the New York Gazette in 1777. We know from historical records that our first president, George Washington, spent about $200 for ice cream during the summer of 1790 and records at Mount Vernon show that he had “two pewter ice cream pots.” Thomas Jefferson’s records preserve an eighteen-step recipe for making vanilla ice cream, and Dolly Madison served strawberry ice cream for her husband’s inauguration banquet. So ice cream has been in our patriotic conscience.

In the mid-eighteenth-century in Baltimore, Maryland, making ice cream became an industry created by a milk dealer, Jacob Fussell. That revolution spawned an industry that now tops 1.6 billion gallons of ice cream annually! After technology advanced in making the cool confection, the soda fountain appeared along with the soda “jerk” who gladly took your order for ice cream sodas and sundaes while you sat at the counter on rotating bar stools listening to juke-box music.

The first ice cream cone was invented in New York City by Italo Marchiony, an Italian immigrant, who was given a patent in 1903. At the Saint Louis World’s Fair in 1904, a crispy waffle type cone was introduced by accident when a seller ran out of plates on which to serve ice cream, borrowed a fellow vendor’s waffles and rolled them up to form a kind of cornucopia.

Ice cream is made from milk, and it should be of very high quality. By law, ice cream must contain 10 percent milk fat, although higher-end gourmet products contain even more. Cane sugar, egg yolks, stabilizers and emulsifiers are also used to create the smooth and creamy texture of ice cream.

Vanilla-flavored ice cream is still America’s favorite flavor, although there are hundreds of new flavors being created all the time—from wedding cake ice cream to moose tracks. The creamy texture of ice cream is now accompanied by nuts, dried fruits, herbs, candy bits and—yes, for the health conscious—broccoli (which seems counterproductive to me).

Ice cream is a right of passage for summer, an American outing on a Sunday afternoon, a treat after a day at the beach or just a tasty way to cool off on a hot, steamy day. A world without ice cream is unthinkable. Make mine two scoops of chocolate and one of almond joy in a sugar cone.

Not Ice Cream but Delizioso Gelato! 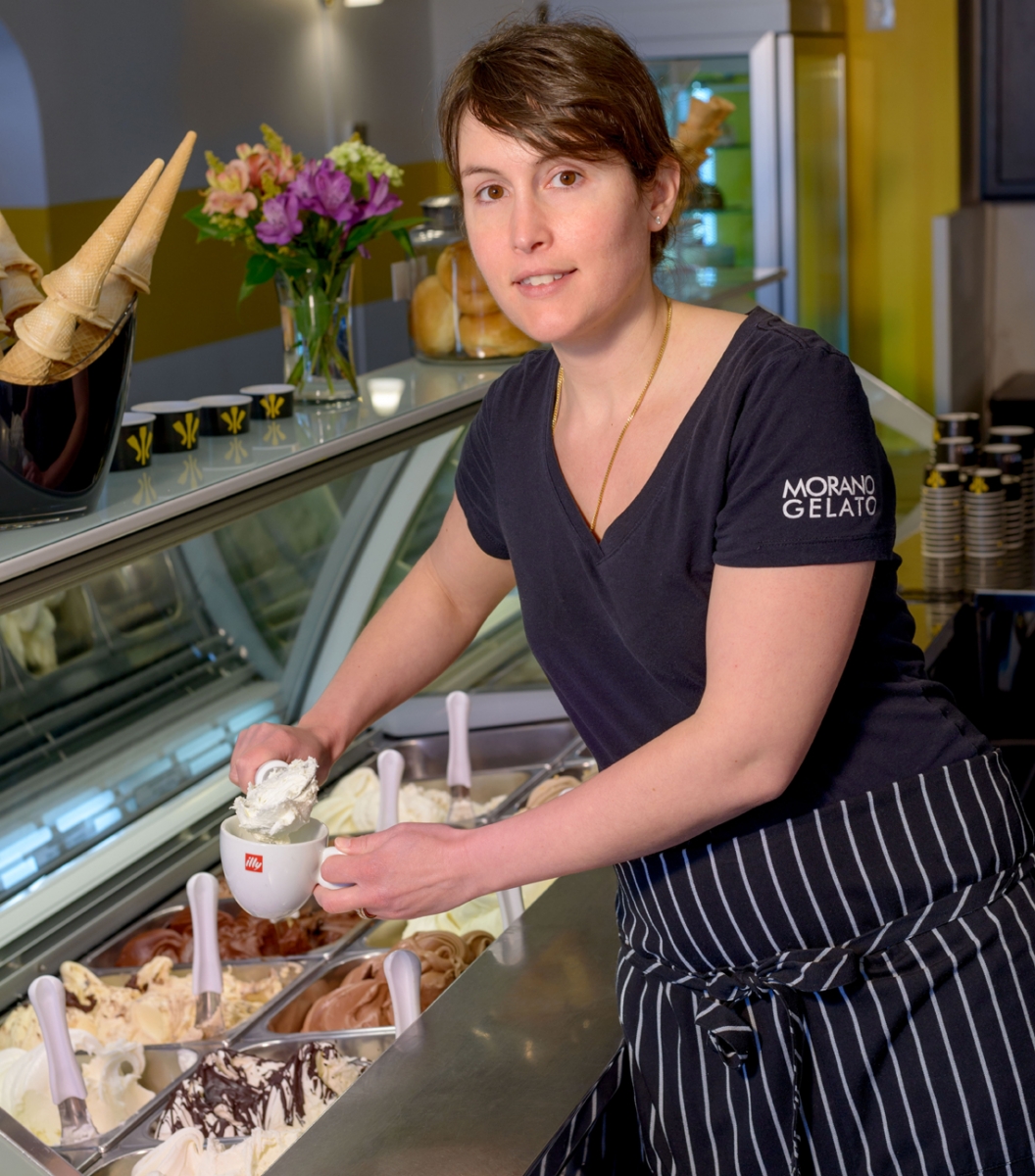 Fortunately, we don’t have to travel to Italy to enjoy gelato that’s as fresh and delicious as what you’d get there. Thanks to Morgan Morano, founder of Morano Gelato, the yummy treat is available in Hanover and in Chestnut Hill, Massachusetts. Morano Gelato was founded in 2010, after Morano spent six years living for periods of time in Florence and Perugia in Italy.

Lower in butterfat, more flavorful. American ice cream has a butterfat content of between 14 percent and 25 percent, while gelato is between 4 percent and 9 percent.

More dense, more smooth. Only between 20 percent and 30 percent of air is churned into gelato, while ice cream can have 50 percent or more.

Served at a warmer temperature. Gelato is served between 10 degrees and 15 degrees warmer than ice cream, which accounts for its creamier texture.

Fresh ingredients are key. At the Hanover location, diary products come from the nearby McNamara Dairy in Plainfield—the farm produces high-quality milk and cream, delivered in glass bottles.

Morano Gelato makes between twelve and sixteen flavors of gelato from scratch every morning. “We aim to sell out every evening to ensure the highest quality and freshness of our gelato for each customer,” Morano says. Flavors change seasonally—this summer, look for black raspberry or watermelon gelato. On July 4, try once-a-year favorites such as root beer float, old-fashioned vanilla
and s’mores. Yum!­
—Andi Axman